Creator of the Blazing Inferno

Guardian of the 7th Floor

Commander of the Nazarick defenses

Serve his master in his conquest of taking over the world.

Lead his conquest on attacking the Re-Estize Kingdom (as Jaldabaoth)

Demiurge is one of the main protagonists of the light novel series Overlord. He is a demon that serves as the Floor Guardian of the 7th Floor of Nazarick and the Commander of the Nazarick defenses.

Among the humans, he goes by the alias Jaldabaoth, the Demon Emperor that leads an army of demons against humanity.

Demiurge is a well dressed demon in a red suit, wearing black gloves and glasses. He has well combed hair and a long tail with spikes sticking out at the end. Underneath his glasses are a pair of eyes that appear to be made of jewels.

When he shapeshifts, he gains more of a monstrous form with his eyes taking on more of a demonic look and grows a large pair of wings. Under his alias, Jaldabaoth, he wears a dark mask and grows a set of sharp claws. Later on, he appears to have taken on the appearance of a true monstrous demon, though in reality, this is one of his subordinates, Wrath.

Demiurge is cunningly smart and clever, acting based on logic rather than emotion. He is looked upon as one of the sadistic members of Nazarick, as he takes pleasure in watching others races suffer, regardless of whether they have done harm or not. Because of his sinister wits, he often suggests ideas of experimenting on enemies for the sake of his amusement. Serving as the Commander of Nazarick defenses, he is both tactical and strategic.

Like many of the Floor Guardians, Demiurge pledges his loyalty to Ainz Ooal Gown. Although he respects his lord and follows his orders, he does sometimes question his decisions and often suggests alternatives. He and Sebas Tian do not get along, however, as they both have different perspectives on the value of others.

Interestingly enough, Demiurge has an creative side of him when it comes to arts and crafts. This is shown when he gathered numerous parts of bones from different species and used them to assemble a throne for Ainz.

Despite being one of the weaker Floor Guardians, Demiurge is a very powerful member of Nazarick and is one of the few that has shown to possess such power that rivals with Ainz Ooal Gown (the other being Shalltear Bloodfallen). Because of his great power, beings such as Evileye viewed him as a being that surpassed the Evil Deities and the Demon King. He possesses numerous abilities that include: 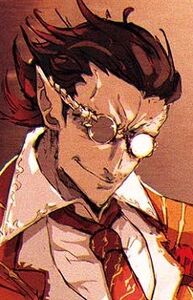 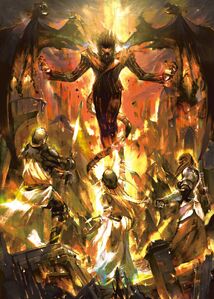 Demiurge in the light novel. 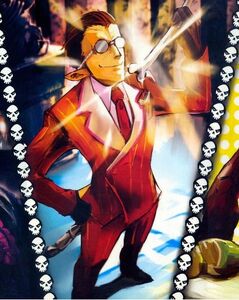 Demiurge in the manga. 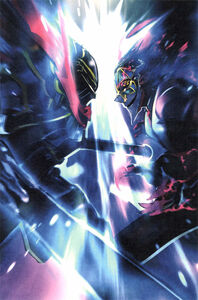 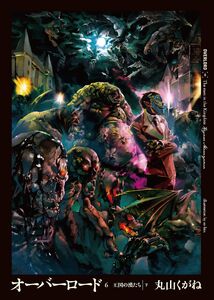 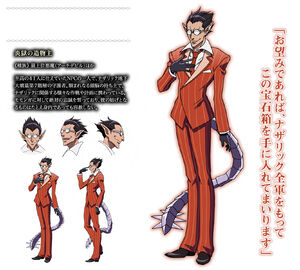 Demiurge's anime design.
Add a photo to this gallery

Retrieved from "https://villains.fandom.com/wiki/Demiurge_(Overlord)?oldid=3547386"
Community content is available under CC-BY-SA unless otherwise noted.