Killing those he views as sinners.

Cleanse the world of all sinners.

Demogoblin, real name Jason Macendale Jr., is a demonic version of the Hobgoblin and a villain from the Marvel comics universe, primarily the Spider-Man comics.

Jason Macendale Jr. (also known as the Hobgoblin), having constantly been beaten by Spider-Man and Green Goblin, followed several demons back to their lair during the Inferno Crisis. He confronted the demon lord N'Astirh and asked for the power to defeat his enemies, offering his soul in exchange for this. Though this offer only amused him, the demon lord decided that though Macendale's soul wasn't worth much, his effrontery was. N'Astirh had him possessed by a demon, granting him the power he wanted, but the demon and Macendale proved incompatible with each other. They fought many battles to gain control of the body they shared, until the demon ripped free of his host and came to exist on its own as the Demogoblin.

Demogoblin was a religious fanatic and had no interest in attaining personal gain, instead determined to eradicate all he viewed as sinners, so as to gain self-redemption. However his definition of a sinner was very strict with pretty much only children being exempted. Because of this, Demogoblin continually faced off against Spider-Man, Ghost Rider, Venom, and even Macendale, his former host. Later, he joined up with Carnage, Shriek, and the Spider-Man Doppelganger so as to further his homicidal quest. However Demogoblin looked down on Carnage's lack of discipline and plan and most likely plotted to kill him later. But he was defeated alongside the rest of Carnage's allies, though he eventually escaped prison. As time went on, Demogoblin became more disheartened and started to think more about his mission. After breaking out of prison yet again, the demon sought out Macendale to ask for his forgiveness. However the Hobgoblin refused to believe this and a fight ensued between the two in a local church, but during the fight, Demogoblin noticed a pillar that was about to fall on a mother and her son. The demon asked for forgiveness, before rushing over and catching the pillar, holding it long enough for the two to escape to safety. However his strength gave out and the pillar fell on top of Demogoblin, crushing him.

Demogoblin has superhuman strength, speed, agility, stamina, reflexes, and durability, along with extremely sharp fangs and claws that he can use in close combat. He possesses mystical demon powers that allow him to generate equipment similar to the ones used by the Green Goblin and Hobgoblin. Demogoblin can form a glider made from hellfire that can fly at least 90 mph and generate razor-bladed bats and pumpkin bombs, which come in three varieties, concussive, incendiary, and black ones that paralyze people with despair. Demogoblin can also send out blasts of hellfire from his hands and has limited telepathic abilities. 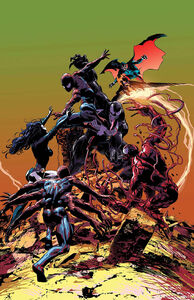 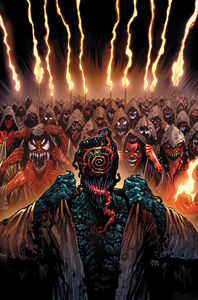 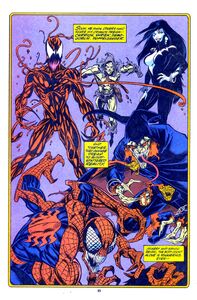 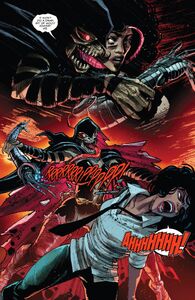 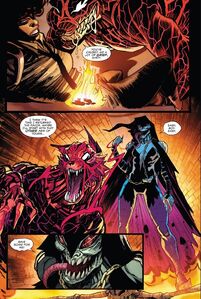 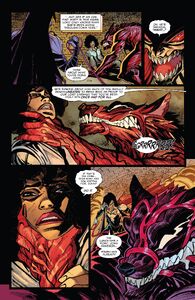 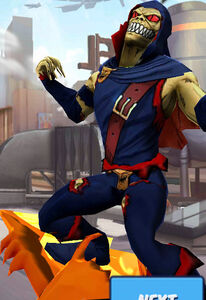 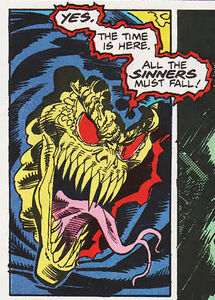 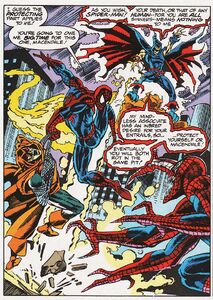 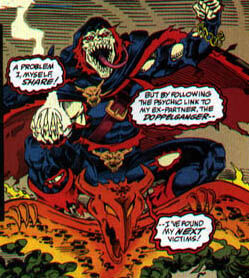 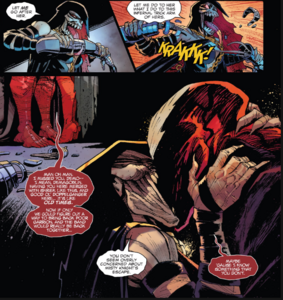 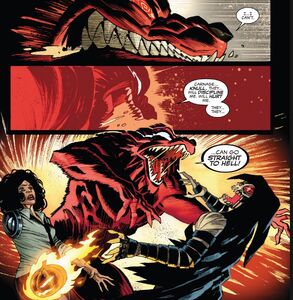 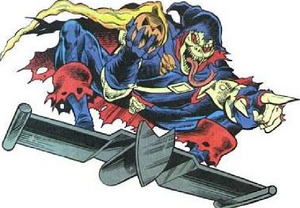 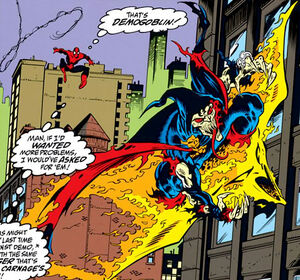 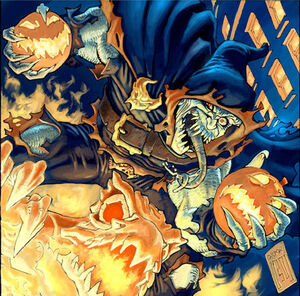 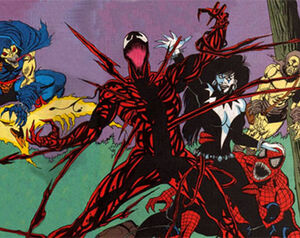 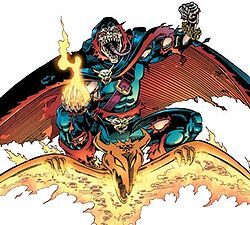 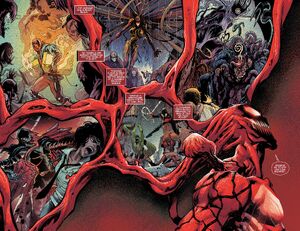 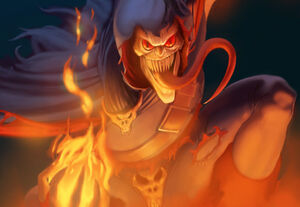 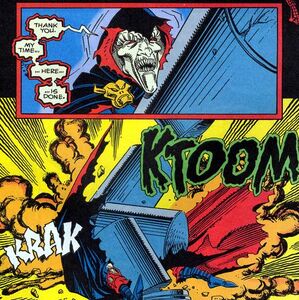