Villains Wiki
Register
Don't have an account?
Sign In
Advertisement
in: Demon, Date A Live Villains, Paranormal,
and 15 more

Consumed by the urge to destroy

Destroy and slaughter everything.

The Demon Kings are are the inverse counterpart of Angels in the mobile game Date A Live by Amino. They are also known sometimes as fallen angels, due to the fact that when a Spirit enters in Inverse Form, the true form of the Spirit is revealed they are more cruel and dark angels version. They are similar to the formats of weapons of angels, however, the texture and color of the weapons seen more and more powerful demonic.

They are also the counterpart of the Tree of Life as also as the Spirits in the Inverse Form, the tree that belongs to them is the Qliphoth Tree; The Qliphoth / Qlippoth / Qelippot or Kelipot are the representation of evil or impure spiritual forces in Jewish mysticism. The realm of evil is also termed 'Sitra Achra/Ahra' in Kabbalah text.

Also know as Na'amah or Naamah, Nehemah is the Demon King of Dark Tohka, it is a demonic legendary creature, the mother of divination. As she became a demon is unclear.

The meaning of its / her name is argued among Hebrew scholars; it refers either to her / its virtuous nature ("pleasing" to God (YHVH)) or to a penchant for idolatry (singing "pleasant" songs to pagan idols).

Beelzebub is the (former) Demon King of Dark Nia, and like Nia's angel, Rasiel, it is presented in a form of book, which can be used to acknowledge everything its master wanted, or warping an alternate reality of evil. The Qliphoth crystal of Beelzebub is currently held by Isaac Ray Peram Westcott, making him to wield its power and becoming demonic. 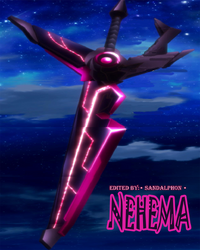 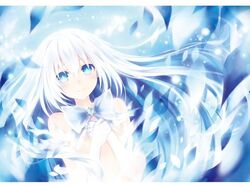 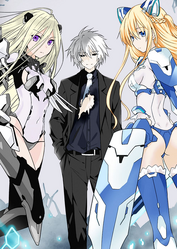 Isaac Westcott with the crystal of Beelzebub on his chest
Community content is available under CC-BY-SA unless otherwise noted.
Advertisement