Kill Inframan and conquer the world (both failed).

She is the ruler of Inner-Earth and the leader of a legion of monsters and Skeleton Ghosts. She armed with a whip and can turn into a winged dragon creature.

She was played by Terry Lau.

In the distant year of 2015, Elzebub awakens from a 10 million years slumber and plots to conquer the Earth. She destroys a few major cities in China to prove her power to humanity, who react in shock. Returning to her lair in Inner-Earth, she awakens her army of Skeleton Ghosts and various monsters of the week to wreak havoc on the surface.

Once the superhero Inframan destroys her monsters, she decides to steal professor Yiu Ling Die's blueprints of Inframan in hope of discovering his weakness and get his powers. Dragon Mom decides to coerce the professor. Capturing the professor's daughter, the dragon princess blackmails the professor into creating an evil Inframan for her. The professor agrees to go to Mount Devil for a meeting. When the professor refuses to make another Inframan, he and his daughter are frozen. Inframan and the Science Patrol decide to rescue both which leads to the climactic battle between Inframan and Princess Elzebub.

Elzebub turns into her dragon form to fight Inframan. Inframan shoots energy blades to decapitate her but she quickly grows a new head every time she loses the previous one. So Inframan got tired of keep doing the same decapitating attack and uses his Solar Beam to destroy the Demon Princess once and for all. 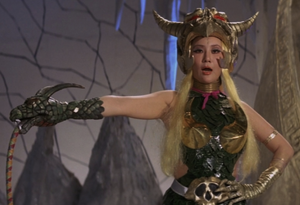 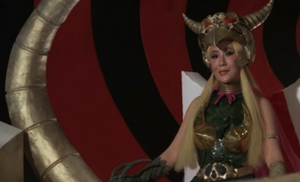 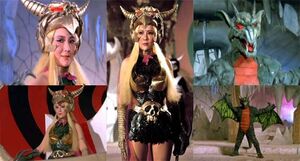 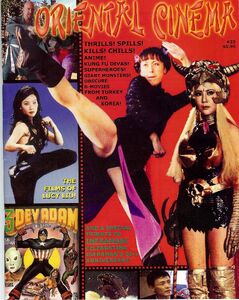 Add a photo to this gallery
Retrieved from "https://villains.fandom.com/wiki/Demon_Princess_Elzebub?oldid=4033617"
Community content is available under CC-BY-SA unless otherwise noted.