Controllers of the Zombies.

Hunting down and killing the survivors with the use of zombies.

Kill Group 935 and the Ultimis crew under her father's orders (Samantha Maxis; failed)
Kill Group 935 and enter the Dark Aether to find his daughter. (Ludwig Maxis; partially succeeded in finding his daughter, failed as the Ultimis crew still lived on even after the destruction of Earth itself)
Kill the Alcatraz inmates. (Brutus; failed, technically succeeded due to the dimension they were in was destroyed)
Kill the cast (Willard Wyler; formerly)
Use the actors to break him out of his prison. (Willard Wyler; succeeded)
Dominate the world. (High Priest of Chaos; failed, apparently ongoing as he claims The Order will continue his work but most likely didn't succeeded as the Multiverse was destroyed)
Kill the Primis crew and escape the APD Machine. (Avogadro; partially succeeded, then failed when he was placed back into APD and teleported to Washington D.C.).
Travel to Earth and consume the world (The Forsaken, failed).

The Demonic Announcer are known major antagonists featured in the Call of Duty zombie franchise, often acting as the main antagonist of the zombie storylines.

These antagonists were responsible for controlling the zombies and attacking many survivors encountered. The first demonic announcer was Samantha, who was placed inside the APD Machine and after the death of her father. The second was Richtofen who became the demonic announcer after the Earth was accidentally destroyed by Ludwig Maxis and is the main antagonist in TransZit.

The third was Ludwig Maxis as he was the main antagonist in Der Riese as he destroyed his world in order to reach his daughter. The fourth was Brutus, who was a prison guard who hanged himself and returned as a demonic zombie. The fifth is Willard Wyler as he attempted to be free from his imprisonment. The sixth was Elvira, in which she played no role in the Infinite Warfare zombies timeline. The seventh was the High Priest of Chaos, who wanted to rule the world and plunge it into major chaos, the eighth was the Cornelius Pernell/Avogadro, who was a scientist that became electricity after being trapped in the APD machine for 50 to 60 years and the ninth was Kazimir Zykov/The Forsaken, who was trapped and forgotten within the Dark Aether for decades.

The personality of a demonic announcer varies from person to person. Most demonic announcers are shown to be very monstrous, which is seen with Dr. Edward Richtofen, Brutus, Avogadro, and Ludwig Maxis as they both had manipulative and destructive natures behind them.

Some are possible misunderstood such as Willard Wyler or Elvira as although they committed crimes, Willard's motivation was caused by him wanting to escape being a demonic announcer and Elvira wasn't necessarily the villain.

Qualifies as a Demonic Announcer

This also gives many of the demonic announcers the ability to say and command anything through telepathy. However, there are characters that have similar abilities to a demonic announcer but don't qualify such as the Shadowman, who has the power of telepathy but doesn't control the zombies at all.

Monty does not count at all as, despite his villainous nature and his attempt to be one, he ultimately failed and the zombies were controlled by Samantha. 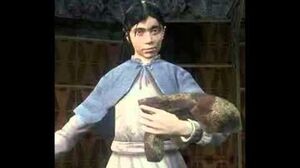 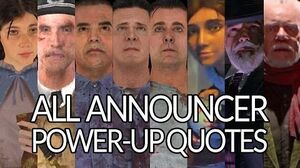 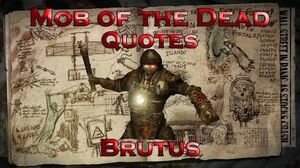 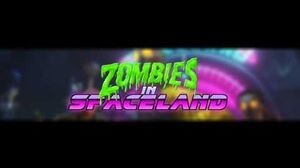 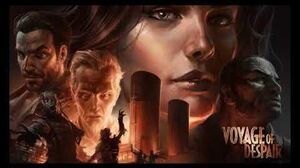 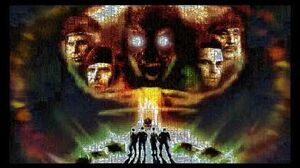