The Demons are the main antagonists in The Amityville Horror film series and books, they are mysterious but highly malevolent spirits that are believed to be manifestations of the Satanic evil of the Amityville House itself - they are varied in origin and power but share a common goal to drive any who enter the area to madness, murder and suicide so they may be condemned to a similar fate as themselves.

Despite being referred to as demons many of the spirits were also "Damned Souls" of former residents, making for a volatile and terrifying legion of opponents for any unlucky souls who strayed into the path of their otherworldly antices.

The most notable demons include John Ketcham, the phantom ghosts of the DeFeo family; the most notorious are a gigantic, white-robed "monster" with its face blown off (aka 'Hooded Figure') and "Jodie", an imaginary friend in the form of a demonic pig-like creature with spectral red eyes. Others include a variety of evil and unholy spirits. 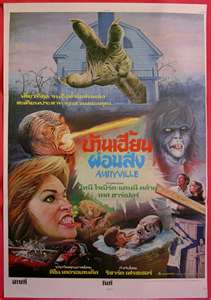 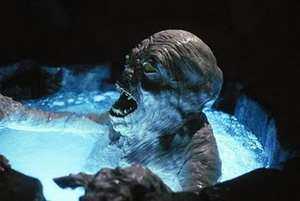 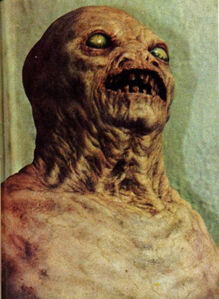 The Devil of Amityville: The Possesion 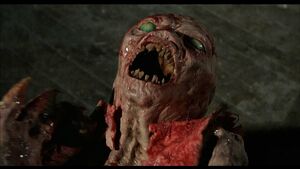 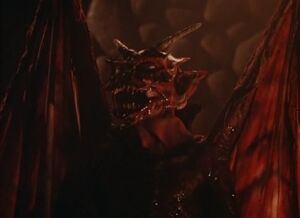 The Devil of Amityville: Doll House 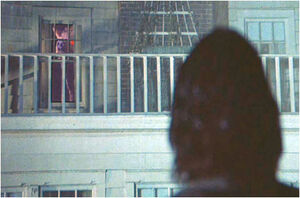 Jodie the Pig in The Amityville Horror

Jodie the Pig in darkness in The Amityville Horror 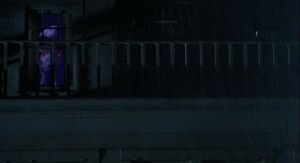 Jodie the Pig looks at George in the Amityville Horror 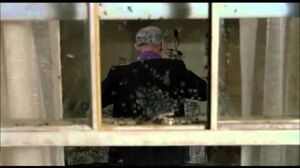 The Amityville Horror - Get Out
The house attacks a priest attempting to bless it. 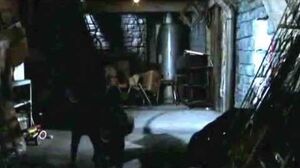 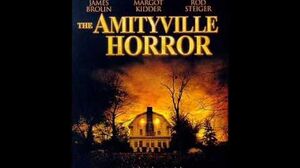