Talking to his multiple personalities.

Offering sacrifices for the Groom.

Offer sacrifices to The Groom in hopes of sparing his life.

Dennis, also known as Dissociative Dennis, is a minor antagonist in Outlast: Whistleblower, a DLC of the 2013 survival horror video game Outlast.

He was voiced by Daniel Brochu.

Dennis is a criminally insane patient at Mount Massive Asylum. He is diagnosed with a mental disorder called Dissociative Identity Disorder (DID), also known as Multiple Personality Disorder (MPD). He has four expressed identities or personalities: two brothers (one brother is named Timmy, the other is unnamed with a stuttering speech impediment), their father, and their grandfather, each represented with a specific voice. All the identities are distraught and will constantly babble about a non existent flood. Whether or not the flood would imminently happened or already did happen was never confirmed by Dennis. It is suggested that malingering, or a fabrication on reality is the cause for this delusion. Unlike other significant Variants, Dennis doesn't have a signature character model, rather a reused one, making him appear as a common inmate.

After Waylon, the protagonist of Whistleblower, drops through the attic's roof by accident, Dennis can be heard in the far background discussing various subjects with his other selves. While proceeding through the opening between the walls, Waylon accidentally makes his presence known by making a creaking sound, due to the old floorboards. Dennis takes this opportunity and attempts to capture and present Waylon to The Groom as a human sacrifice in hopes of being spared by the mad man. After traversing the attic's old passageways, he gives chase to Waylon, only to have him slip by his hands. Knowing full well that while escaping, Waylon was headed directly to the man downstairs, Dennis stops his pursuit and ironically jokes that the man delivered himself to his own demise.

Dennis is not seen again, but it could be assumed he was killed when Murkoff's private military contractors stormed the building on the orders of their higher ups to contain the situation by exterminating all hostiles, referring to The Variants or was perhaps killed by Eddie Gluskin , becoming one of his brides. 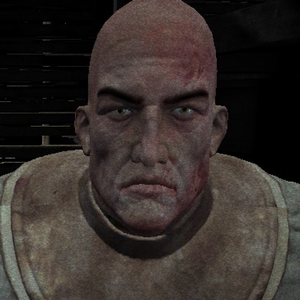 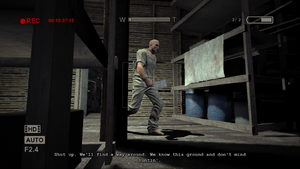 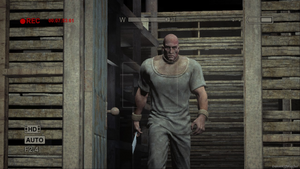 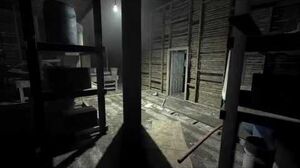 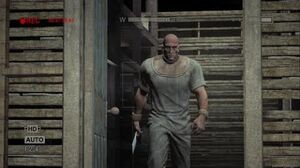 Outlast Whistleblower - Dennis Dialogue
Add a photo to this gallery

Retrieved from "https://villains.fandom.com/wiki/Dennis_(Outlast)?oldid=3858140"
Community content is available under CC-BY-SA unless otherwise noted.