Stop anyone from entering their turf.

The Derelict Row Ballers are a street gang of automatically hostile NPCs in the Detroit section of Deus Ex: Human Revolution.

The DRB's backstory is enigmatic, yet probably short. Simply acting as a street gang, if the player, Adam Jensen, were to enter their turf, it would be a hard task to do so. This is because who ever commands the DRB set up armies of loyal, augmented gangsters, criminals, and mobsters armed with fully loaded rifles to stand guard and protect their headquarters.

As one could guess from their name, their home turf is Derelict Row, a small section in Detroit. However, they can also be found guarding the nearby sewers. Despite their large numbers, they are relatively easy to fight/sneak past, as their ranks are almost completely constructed by untrained criminals. In the wake of the Aug Incident, which hit Detroit hard, the DRB was defeated. Their turf is annexed by the Motor City Bangers gang.

There are no specific gang members in the DRB. They are usually just made up of furious somewhat cybernetic thugs with red bandanas. 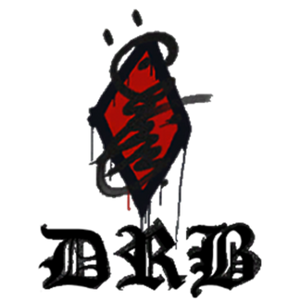 Add a photo to this gallery
Retrieved from "https://villains.fandom.com/wiki/Derelict_Row_Ballers?oldid=2985978"
Community content is available under CC-BY-SA unless otherwise noted.