Kill and overthrow Darkseid.
Takeover Apokolips.
Rule the multiverse for himself.

Desaad is a slick torturer working for Darkseid and antagonist in the DC comics. He's one of the three archenemies of Orion (alongside both Darkseid and Kalibak).

Desaad was once an innocent New God from New Genesis until he was corrupted by Darkseid. Darkseid lied to Desaad that the boy's bird was killed by his cat.

Angered, Desaad was tricked into killing the cat to avenge his pet bird. After avenging his bird, Desaad went to Apokolips to become Darkseid's sadistic torturer and majordomo.

He helped Darkseid kill Drax and take control of Apokolips. Later, Desaad worked with Bruno Mannheim and the Intergang to meet Darkseid's crimes on Earth.

The most sadistic and cruel member of Darkseid's Elite has to be Desaad. The official tormentor and torturer of Darkseid’s Elite, DeSaad is a natural coward who revels in the pain and torment of others.

Serving Darkseid out of fear, DeSaad never going against his master unless someone else does, so he can have some sense of deniability.

Desaad has been known to train the New Gods of Apokolips. He nearly lost his life to the Source Wall and serves Darkseid in many of his plots, including the Final Crisis, where he possessed Mary Marvel. DeSaad is immortal, super strong, telepathic, and a master creator of weapons and torture devices.

Kalibak offered to go to Earth and kill Superman himself but Darkseid refused. Seeing this, Desaad manipulated Kalibak into going to Earth to kill Superman, claiming if he succeeded, Darkseid would accept Kalibak as his son. Kalibak agreed and went to Earth to fight the Man of Steel.

When Darkseid learns that Kalibak went to Earth to fight Superman, he forced the answers out of DeSaad about this and later punished him for his failure.

After an invasion force led by General Steppenwolf was disrupted by New Genesis, Apokolips's military was severely weakened which Desaad carelessly criticized his master.

Desaad appeared in the Tenth and final season of Smallville as a loyal servant of Darkseid, owning a series of clubs that held fetish parties. Desaad is mysterious and extremely deceptive and secretive, and urges or encourages people to indulge partying and drinking while at his night-club.

After Granny Goodness' orphanage was shut down, Desaad appeared and brought Gordon Godfrey to Granny. He explained Godfrey had been chosen to be the third minion of Darkseid and that their unholy trinity was now complete with him. They were now ready to prepare for the arrival of their Dark Lord and the coming war.

Desaad had been using his mysterious abilities to kill several people who were resistant to the corruption of the Darkness, as he targeted "Mr. Jones". He spoke to Oliver Queen on the phone who he believed was Jones and said, "You are next." While posing as a coroner in order to dispose of his victims' bodies, he was found by Clark Kent who was investigating a murder.

The coroner says all the victims died of internal hemorrhaging. Later Oliver and Chloe Sullivan head to Club Desaad, where they discover everyone that had the Omega symbol on their skull came here. While Oliver went inside, Chloe waited outside when Mr. Jones comes up behind her and arrests her, however his eyes start to bleed and Desaad steps out of the shadows.

He found Chloe lurking outside his building and used his telekinesis to knock her out. He then used his mental abilities in an attempt to corrupt Chloe with the Darkness, but she was able to resist long enough for Clark to rescue her. Desaad also revealed to a captured Chloe that Darkseid was close to fully manifesting himself on Earth.

Clark accuses them of burning Omegas into innocent people, but he explains that the brands were already there, and then sends a burst of black energy to pin Clark to the wall. As Desaad leaves, Oliver confronted him asking where Chloe is and Desaad tells him that she is dead.

Oliver in rage beats him up while Desaad laughs saying that his sin is obvious. Clark frees himself and runs outside to stop Oliver. He assures his friend that Chloe was safe.

DeSaad appears in the 2021 film, Zack Snyder's Justice League, where he is portrayed by Peter Guinness. He was originally intended to appear in the theaterical cut where he would be introduced as one of the Apokoliptian Priests, but he ended up being cut from the film. 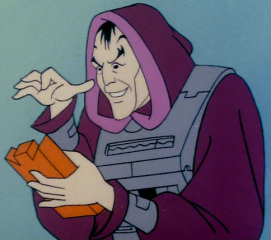 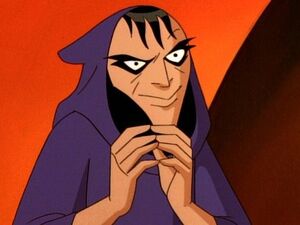 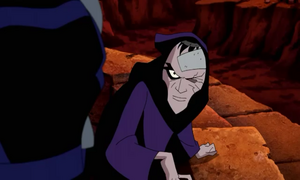 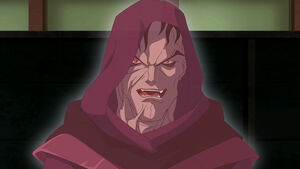 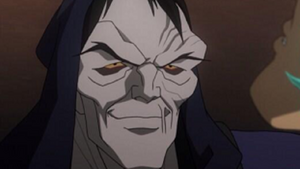 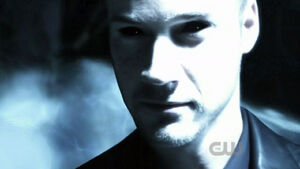 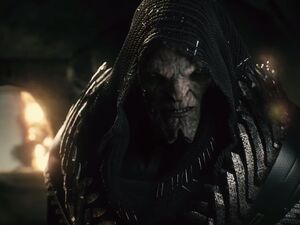