Living a luxurious lifestyle.
Proclaiming himself to be the world's greatest spellcaster.

Reclaim and protect his title as the world's greatest sorcerer (both failed).

Desmond Spellman is a powerful warlock and the main antagonist of the 1998 direct-to-video film Casper Meets Wendy. He is a very wealthy and malevolent sorcerer who is obsessed with keeping his title as the most powerful wizard in the world and will do everything in his power to kill Wendy and her aunts so she doesn't take his title away from him.

He was portrayed by George Hamilton.

Desmond is an evil warlock with mastery over both sorcery and alchemy who has enjoyed a luxurious and wealthy lifestyle for a very long and undetermined number of years and settling down in his mansion, while remaining the most feared and greatest conjuror in the world, and he commands the Oracle of the Mirror, an ancient mystical spirit in an antique mirror that is now in Spellman's possession.

One morning, the Oracle of the Mirror informs Desmond that now his only goal is to destroy Wendy, the Good Little Witch, since he discovers that she will be the most powerful witch on Earth and he will have no choice but to forfeit his rank if he does not act immediately, so he decides to kill her at any cost. The Oracle tells him that the only secure way to exterminate a witch is sending her to a strange and dreaded portal-like netherworld called the Mystic Abyss, and according to the Oracle, everything that enters it disappears forever and never return once they crossed over the threshold of the gateway.

On the run from her nemesis, Wendy discovers and befriends Casper, the Friendly Ghost. Later on, she tells him that she is being chased by Desmond because of her powers and begs him not to tell anyone about this. However, back to his house, he accidentally tells his uncles that the witches can't use their powers because of Desmond, so the Ghostly Trio attack the witches, but Wendy saves them.

However, after fleeing again, they are trapped by Desmond and his two dimwitted henchmen named Vincent and Jules. Desmond casts his magic to summon the doorway to the Mystic Abyss as he soon attempts to get rid of Wendy by throwing her in, but Casper dives in to save her. Her aunts try to fight Desmond but they were not powerful enough. As he tries to send them along with Casper and Wendy, before the abyss closes itself, a three eyed creature pops up and scares him, causing Desmond to lose his balance and fall into the abyss himself. The creature turns out to be the Ghostly Trio, whom combined together to defeat Desmond. Then, the Ghostly Trio and Wendy's aunts save Casper and Wendy from their doom and since Desmond fell into the Mystic Abyss, he was gone forever, presumably either being destroyed by being zapped by the portal, shrunk until he disappears, or was sent to hell which the Mystic Abyss really is. 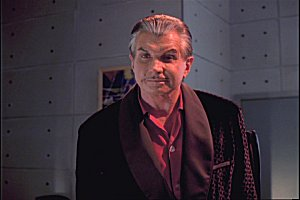 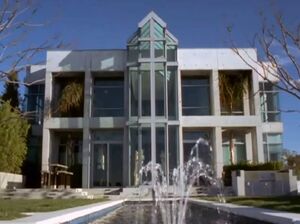 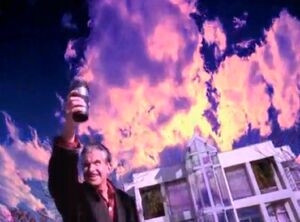 Desmond Spellman at his mansion summoning a powerful potion. 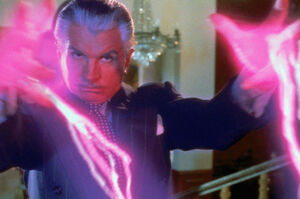 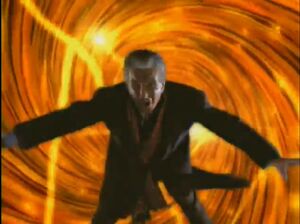 Desmond plummeting into the Mystic Abyss himself.