Wipe out both mutants and humans.

The Despar Army are major antagonists in the Inazuman franchise, serving as the main antagonists of the 1974 sequel series Inazuman Flash. They first appeared in the final two episodes of the original Inazuman series. They were led by Führer Geisel.

The Despar Army was formed from the anti-mutant sensibilities that lay within the Neo-Human Empire, who opposed Emperor Banba's efforts to make mutants their allies. They surfaced during the battle between the Youth League and the Neo-Human Empire Phantom Army when they began their campaign to supplant Emperor Banba as the leader of the Neo Human Empire. The Despar Army made their presence known when the Despar general Udespar launched a series of attacks against the Phantom Army, destroying a missile transport guarded by Phantom Soldiers. This was followed by a series of attacks against Phantom Army bases all across Japan, which were taken over and converted into Despar Army bases. Many Phantom Soldiers switched sides to become Despar Soldiers, with those who failed to pledge against Banba being executed. Their treachery eventually isolated and ultimately led Banba to his demise in his final fight against Inazuman.

After the Phantom Army fell, the Despar Army took its place in fighting against Inazuman. The Despar Army's ultimate goal was to wipe out both mutants along with humans who had undeveloped mutant powers and to create Despar City. So Despar is just as genocidal and tyrannical as its parent organization it usurped. 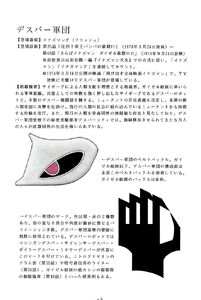 Concept art of the Despar Army's logo, and how two logo ideas became one. 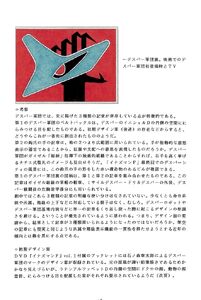