Work for anyone and everyone for big profits.

The Desperado Enforcement LLC is an American PMC (private military company) organization and the main antagonist faction in the 2013 video game Metal Gear Rising: Revengeance. The organization consisted of cyborg soldiers based in Delaware that was involved in the events in 2018.

Desperado Enforcement was known to be operating as early as 2015, a year after the collapse of the SOP system. They were the primary arms supplier for a European terrorist named Andrey Dolzaev, who was behind the subway bombing at St. Petersburg in that year as well as the terrorist attacks on Georgia in 2017. Although they were based in Delaware, most of their business was handled outside of the States, with their financials being handled by a separate company located in St. Kitts and Nevis (which was also a preferred tax haven of large companies across the world). Their primary jobs were targeting places that were undergoing reconstruction efforts and ruin them. However, the have also had connections to the drug trade and human trafficking. Several of the PMC members were also forced to join due to being unable to provide a livelihood otherwise due to their cybernetic costs, some even holding deep fear and remorse for the actions they had to commit while in the group. Although several of them were ex-military, not all of them were, as evidenced by Monsoon's membership.

In 2018, Desperado attacked a convoy escorting the prime minister of an African nation recovering from a costly civil war. Desperado's leader, Sundowner, abducted the prime minister, and then killed him on board a train while an affiliate, Samuel Rodrigues, stalled Maverick PMSC member Raiden from rescuing him. Raiden ended up severely injured and failed to protect the PM. As a consequence, Raiden started becoming more active in combat, aggressively taking missions from Maverick that directly related to Desperado's activities.[1]

Three weeks after their attack, Desperado led a military coup in Abkhazia where the president and most of the cabinet were killed and replaced by a military junta. The occupational forces was led by Dolzaev, along with a Desperado captain Mistral, and were using a refinery along the coastline as their headquarters. Desperado had apparently anticipated Raiden's arrival, setting up cyborg ambushes as well as an attempted assassination by LQ-84i at the old city. Although Desperado technically broke several laws in their occupation in the country, they got away with their actions because of Abkhazia being a disputed territory within Georgia and not a sovereign nation, and that the UN were reluctant to get involved in Civil Wars due to the disastrous results of the Somalian Civil War in 1991. After Raiden defeated Mistral and Dolzaev committed suicide, the attempted coup made headline news with Desperado targeted as the main instigator. Part of the reason for Maverick's success was also the result of internal squabbles within Desperado, as Mistral had earlier instigated a revolt by one of their UGs, the LQ-84i, to have her partner Khamsin killed, which resulted in several of their forces being deplinished, including all heavy cyborg divisions, all Grads, all Mastiffs, and all two of their Fenrirs assigned to the mission.

Desperado also had a research facility located within the sewers of Mexico, which was also heavily guarded by Cyborgs and unmanned gears such as Raptors, Dwarf Gekko, Mastiff, and Vodomjerka unmanned gears. Maverick's discovery of this later resulted in Raiden being dispatched into the nation to investigate the existence and nature of the research factory. This research facility was later discovered by Raiden as a makeshift factory for transplanting children's brains to be placed in cyborg heads, where they would then be shipped off to their allied corporation, World Marshal Inc., the largest PMC after the events of 2014, where the brain casings would be subjected to VR training with a regimen similar to that practiced by George Sears, AKA Solidus Snake on his child soldiers during the Liberian Civil War.

Desperado's surviving 'Winds of Destruction', Monsoon and Sundowner, were present at World Marshal HQ in Denver to stop Raiden from retaking the children's brains. However both of them ended up being defeated, although not before the latter hinted at Operation Tecumseh, a plot concocted by Armstrong to create a false flag operation to reignite the War on Terror, and by extension the war economy.

Due to everyone knowing that Desperado had a contract with rebels in Pakistan, World Marshal intended for Desperado to be framed for the assassination attempt on President Hamilton by placing Desperado cyborgs at Shabhazabad Air Base where World Marshal had a security contract. To further implicate them, the Metal Gear EXCELSUS piloted by Senator Steven Armstrong had Desperado's markings. However, by the time Raiden arrived at the air base, Armstrong had altered the plan to take into account Raiden's arrival, and instead settled for simply framing Desperado with the deaths of the military personnel at the base, as he figured that would still have accomplished his goal all the same. After Operation Tecumseh was stopped by Raiden, Desperado was presumably rendered out of business, although World Marshal was still in existence. 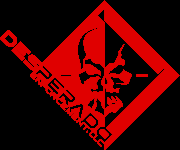 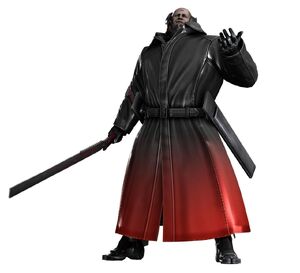 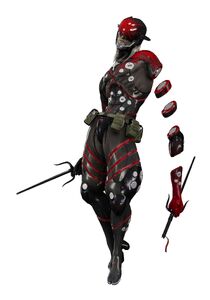 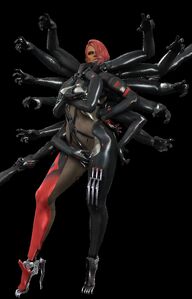 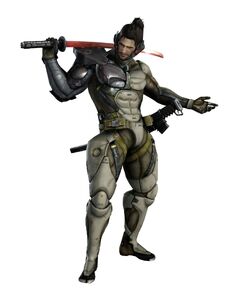 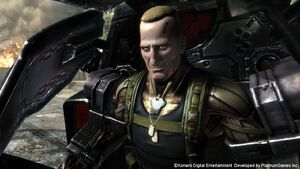 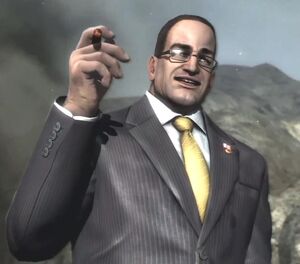