Raid on the human world

Destra Majjo is a major antagonist in Kaitou Sentai Lupinranger VS Keisatsu Sentai Patranger. He is one of the top two members of Interdimensional Crime Group Gangler alongside Goche Ru Medou and Dogranio Yaboon's personal bodyguard.

He was voiced by Yūji Ueda.

Destra Majjo is Dogranio's Dilophosaurus-themed right-hand man and bodyguard who is armed with a war hammer with a built-in 4-tube missile pod called the Destlauncher. The two golden safes built into Destra's shoulders originally held two Lupin Collection items: the "Au loin" (Far off) slingshot which increases his firing range and the "Le coup de chance" (The stroke of luck) device which gives a homing effect to his missiles.

Destra made his first appearance while accompanying his boss Dogranio Yaboon when he seized one of the Lupin Collections. After returning back in the Gangler mansion with Dogranio, Destra believed he need to physically restrained the gang members and physician Goche Ru Medou to wish Dogranio a happy 999th birthday. Although, Dogranio told Destra it was alright for Goche to be close to him.

Standing by his boss, Destra witnessed the destruction of Garatt Nargo.

Witnessing Namero Bacho sculpt a statue of Dogranio, Destra disputed Goche's favoring his blatant method only for Dogranio to share her sentiment. To their shock, the statue was later destroyed in Namero's battle with PatKaiser, leaving only the feet.

When Goche asked Dogranio to purchase some of the human subjects acquired by Rabroom Jaws for her, Destra scornfully told her to buy her own. Dogranio, however, abidded as such trades were part of running a gang.

Growing curious about the Lupin Collection, Destra realized that there was some difference between the treasures possessed by the Gangler with that of the humans. Learning from an informant that the GSPO was transporting two pieces to their Japan Branch, Destra sought to investigate them and so summoned his old henchman Bundorute Peggy to intercept them behind Dogranio's back. When confronted by Goche on the matter, Destra divulged his plan and scoffed at the thought he could betray his master. However, the two pieces, Cyclone Dial Fighter and Trigger Machine Biker, fell into the possession of Patren 1gou and Lupin Red respectively, at which point Destra came to Earth to confront Peggy for his failure before engaging the remaining Patrangers 2gou and 3gou with Lupinrangers Blue and Yellow. Though easily a match for all four of them, Destra found that his opportunity was lost as Peggy had abandoned him while Lupin Red made off with both Collection pieces. Before returning to the Back World, Destra summoned a giant Goram to reclaim the pieces. 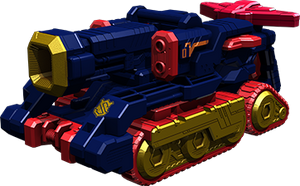 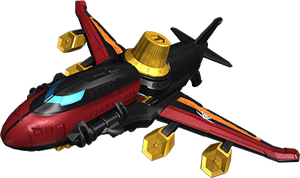 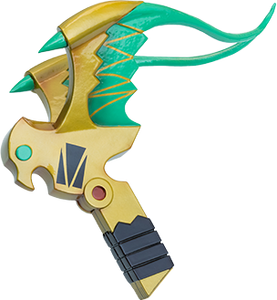 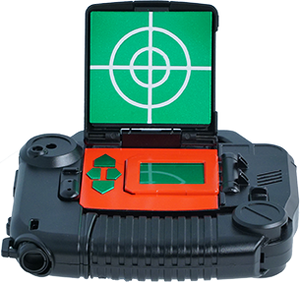