The Destroyer, also known as the Destroyer Armor, is an 10 foot tall enchanted suit of armor in humanoid form created by Odin, lord of the extra-dimensional Asgard, to be that realm's ultimate weapon.

The Destroyer armor is capable of firing extremely powerful bolts of energy, primarily for destructive purposes. It has such power that the simple energy that crackles within can shatter planets. The armor can project beams of intense heat, electricity, plasma, and magnetic force. The armor is also capable of manipulating the molecular structure of most materials and matter itself for a variety of purposes including, but not limited to, transmutation such as the creation of impenetrable substances. Its most devastating weapon, however, is a beam fired from the armor's helmet, where a person's face would be in an ordinary suit of armor, that is capable of disintegrating practically any known substance in existence. The Destroyer must keep its visor open in order to build up the energies to use in this attack. The beam is even capable of destroying material as durable as Uru. 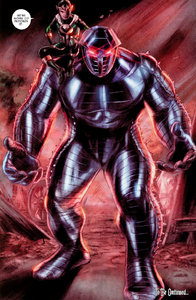 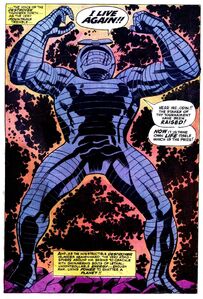 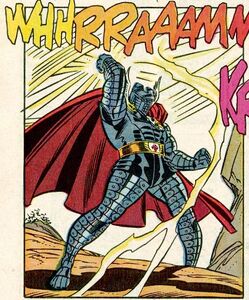 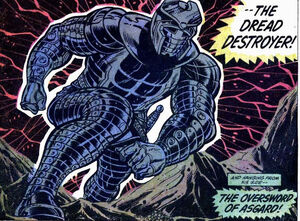 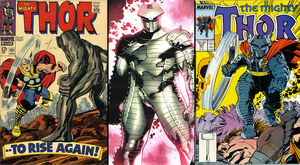 Retrieved from "https://villains.fandom.com/wiki/Destroyer_(Marvel)?oldid=3410307"
Community content is available under CC-BY-SA unless otherwise noted.