Having sex with men

Gain powers for himself and for Henselt.

Dethmold is a major antagonist in The Witcher 2: Assassins of Kings.

He was voiced by David Annen.

Dethmold is the mage adviser to King Henselt and features heavily in the plot if Geralt allies himself with Vernon Roche. Dethmold is amoral and willing do anything to gain power for himself and/or Kaedwen, including kidnapping Anais La Valette.

Dethmold has no scruples when it come to kidnapping, execution or other socially frowned upon actions. He has a nonexistent morality - and this carries on to his advisee, Henselt. He is however also loyal to not only Henselt but Kaedwen as a nation.

As revealed during Chapter III on Roche's path, Dethmold is also homosexual. He is seen with his manservant who is also his sex slave (though it is not proven besides the words of the servant himself) while preening in front of a vanity, gently caressing his acne, warts and zits. There a number of suggestive items scattered around his chambers in Loc Muinne. Dethmold also has an apprentice.

On Roche's path, depending on the circumstances, Dethmold can either slip through Geralt's grasp or he can be brutally killed by Roche. On Iorveth's path he will be executed on Saskia's orders. 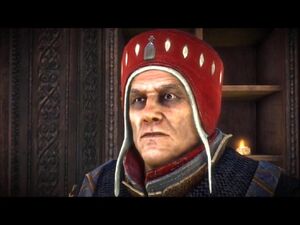 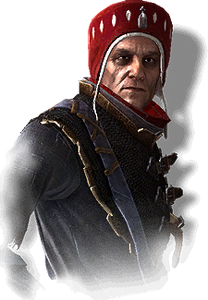 Retrieved from "https://villains.fandom.com/wiki/Dethmold?oldid=3348056"
Community content is available under CC-BY-SA unless otherwise noted.