Help Leviathan and Yujin take over the Human World.

Deusmon is a major antagonist in the multimedia project Digimon Universe: Appli Monsters, and a servant to both Yūjin Ōzora and Leviathan.

Deusmon resembles the Omnipotence God with a golden body and golden claws. On his back is a lightning style wreath.

After Yujin betrayed Haru and the other Applidrivers, and took Bootmon’s app chip, he summoned Deusmon to do his bidding. He succeeded in destroying almost an entire city in the Human World and sending the AppliDrivers and their Appmon partners into the Dark Web below.

Dokamon, Musimon, and Hackman became their God forms for the first time to fight Deusmon. Deusmon made two clones of himself to fight. Meanwhile, after Haru tried to be Yujin’s friend while a brief fight with Gaiamon (Gatchmon’s God form) and Rebootmon (Offmon’s God form), Gaiamon and Haru were able to escape from the Dark Web and return to the Human World. Deusmon and his clones ended up being defeated by Poseidomon, Uranusmon, and Hadesmon. Leviathan then killed Deusmon by consuming him for his failure. 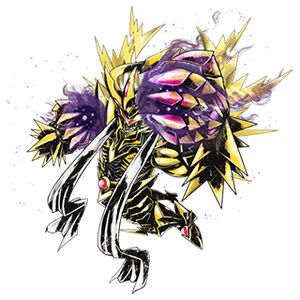 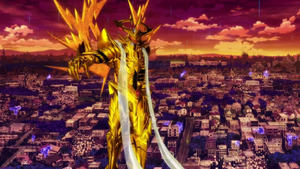 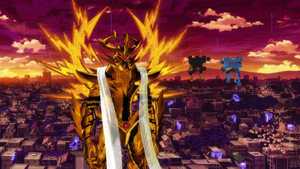 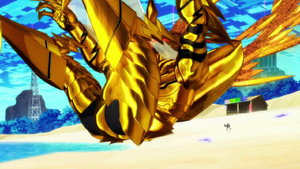 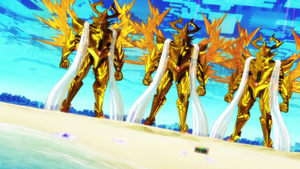 Deusmon after he cloned himself. 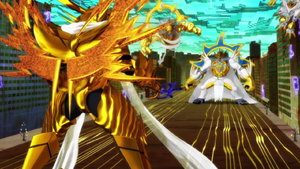 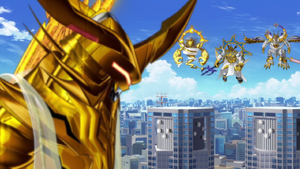