Kidnap Licca to saves the Doll Kingdom that he wants to rule.

Devaul is a devil dragon that was the main antagonist and the cause of all problems in the Super Doll Licca-chan anime series.

Devaul planned to steal the throne of the Doll Kingdom by a possession over Yae, a member of the royal family.

With Devaul's influence, the citizens of the Doll Kingdom become stone statues. But, Nanae escaped from the Doll Kingdom with the royal family because Orie got married to a human, so, an ice age begins in the place.

So, to rule in the kingdom Devaul an ideal Doll Kingdom, Devaul make a new goal: Bring Licca to the Doll Kingdom.

After Yae gets free of the possession, Devaul goes to fight against the Doll Knights in his true form, and is defeated by the super transformation of Doll Licca and the Doll Kingdom is saved. 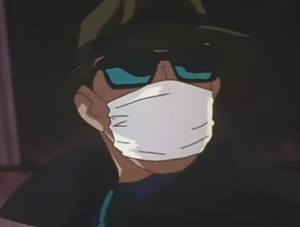 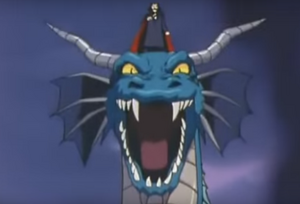 Dragon
Add a photo to this gallery

Retrieved from "https://villains.fandom.com/wiki/Devaul?oldid=3547424"
Community content is available under CC-BY-SA unless otherwise noted.