Devidramon is a minor villain in the Digimon series. The Devidramons are minions of Myotismon, one was a slave to the Digimon Emperor, and another one was seeking a powerful adversary.

Devidramon looks like a black dragon-like demon bat with 4 blood red eyes, ripped wings, red razor sharp claws, and a tail with a hidden 3rd claw. He also has a skull tatooed on his left shoulder, and a red bat symbol on his left knuckle.

The Digimon Emperor rides a Devidramon before and after the creation of Kimeramon. Wormmon tackles the Digimon Emperor and rides the Devidramon on a collision course to Kimeramon, and both are attacked. After Wormmon gives up his remaining energy so that Magnamon can destroy Kimeramon, Devidramon flies off. Another Devidramon larger than normal is seen in New York when Digimon start to appear in the Real World.

A Devidramon Bio-Emerges in the Real World, and Impmon frees him from his Digital Field. This allowed him to fly around town looking for an adversary. He caused a lot of physical damage to Guilmon before Calumon's power activates and Guilmon digivolved to Growlmon for the first time. They were equally matched until Growlmon tricked Devidramon and destroyed him with his Pyro Blaster attack.

Devidramon was only seen in flashback scenes as part of the Dark Digimon Army. 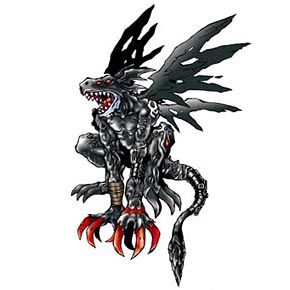 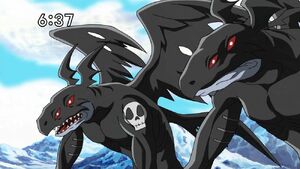 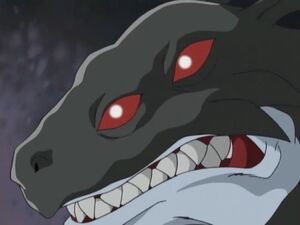 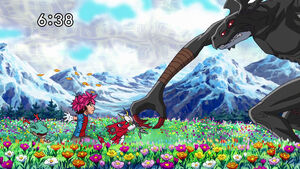 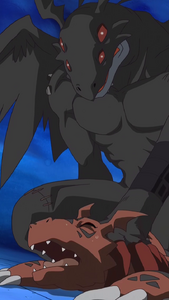 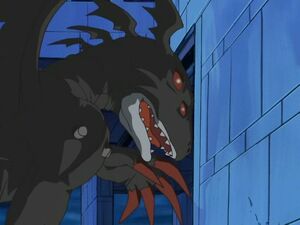 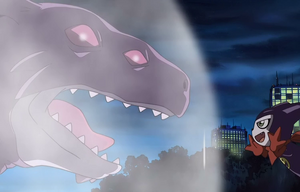 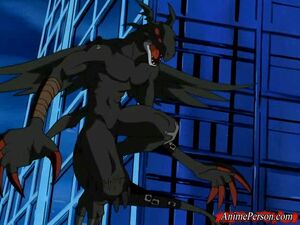 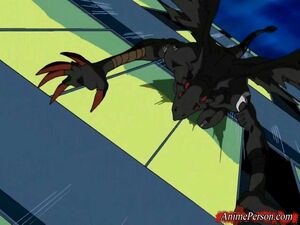 Devidramon and Phantomon set out to take their lord to the location of the DigiDestined. 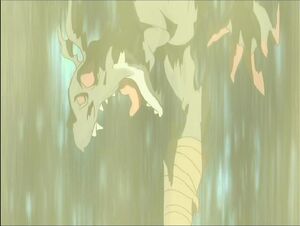 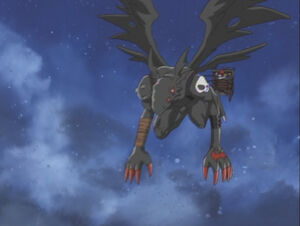 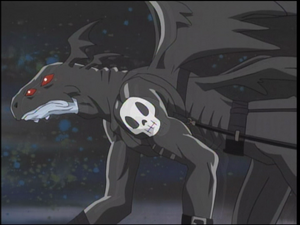 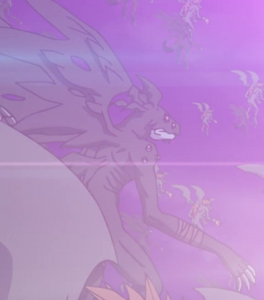 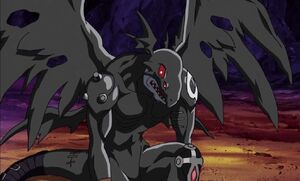 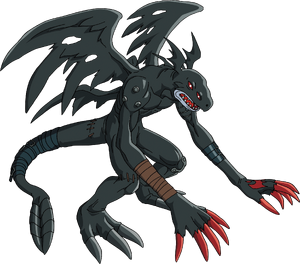