Devil Jin (also called "Debiru Jin") is a major antagonist in Tekken. The form Jin Kazama takes while under the Devil Gene's control, he was first introduced in Tekken 3 as a NPC, later becoming playable in Tekken 5 and returned to every game released after.

He has been voiced by Isshin Chiba in all appearances.

Devil Jin made his first early appearances in Jin's Tekken 3 and Tekken 4 endings, as well as in the non-canonical Tekken Tag Tournament.

Devil Jin appeared in Namco X Capcom but without wings and horns, like in the original Tekken Tag Tournament.

Devil Jin appears in Super Smash Bros. Ultimate as a legendary class shield-type spirit, being the enhanced form of the Jin Kazama spirit. His ability grants the user the ability to do two midair jumps.

Devil Jin represents Jin Kazama after the Devil Gene, an inherent gene of the Mishima family, takes over him. Devil Jin's appearance remains close to his human form, but with added demonic traits, such as forward pointing horns, tattoos, bones protuding from his forearm and he is paler. Devil Jin was originally the half Devil, who was almost destroyed by Heihachi Mishima when he threw Kazuya Mishima into the volcano in Tekken 2.

Devil Jin is extremely arrogant, aggressive and brooding. He seeks to achieve ultimate power, and will do what ever it takes to achieve it. He is also shown to be a very sadistic individual, as he has a habit of laughing at the suffering of his foes during his win animations. Like a typical demon he thinks of mortals, including Jin Kazama and his body, as weak.

In Tekken: Blood Vengeance and Violet's ending in Tekken Tag Tournament 2, Jin Kazama appears to be able to have complete control of his Devil form. His identity is in fact his own and not the demon, who despises Jin and doesn't know who Xiaoyu is (he only feels like he should know her). Jin's control of the Devil is non-canonical to the actual story, where Jin has absolutely no control over Devil. In the Devil Within minigame Jin has also no control over his constant transformations and are caused by the evil ruins of Ogre that awake the demon who wants to destroy everything (the player of course can chose when to use Devil Jin).

Unlike Devil Kazuya, Devil Jin does not seem to remember everything about Jin. In Devil Jin's Scenario Campaign mode, Eddy Gordo thinks Jin is sick and Nina Williams has to intervene, telling Devil that he will give the actual Jin back. Although Jin knows Kuma and banished him, Devil doesn't recognize the bear, nor does recognize Hwoarang. Devil Jin is also a bit clueless about the Kazama family and is surprised of the negative feeling caused by Asuka. Instead Devil knows well about Jinpachi, Heihachi, and Kazuya Mishima. He never mentions if he remembers that himself and Devil Kazuya used to be simply a single Devil and lived inside Kazuya's body. During the same mode, Kazuya speaks to Devil Jin as the entity he used to fight twenty years ago and since Devil Jin used to be part of him he wants that power back. Being chaotic, Devil also protests against his own creator and former master Azazel and wants his power for himself. He shares the same love for fighting and creepy places with Bryan Fury.

Devil Jin is a powerful demon with supernatural powers and an awesome fighter with great strength that is a force to be reckon with.

Devil Jin's fighting style is an updated version of Jin's Tekken 3 and Tekken Tag Tournament style, thus switching back to a Mishima-style gameplay and retaining many of their signature moves.

Unlike most Mishimas, Devil Jin is well rounded and varied: while Heihachi excels in pressuring the opponent and Kazuya in performing heavy damaging punishers, Devil Jin is good with both, making him a powerful force. This doesn't mean that anyone who picks Devil Jin is instanctly good, at all, as Devil Jin requires a certain amount of skill and practice, because most of his good moves and launchers are easy to see and heavily punishable, so incorrectly punishing the opponent can leave the player open to huge damage. In order to use him effectively, one must wait for the opponent to make a mistake, or using his great pressure tools and force him to make a mistake.

His laser attacks and flight should not be used carelessly, lest he be left wide open to punishment, but he actually does have techniques that utilize his flight and powers that are quick enough to use out of hand. Also, while his transition to a flight stance are not safe on block, he is actually hard to punish properly.

Jin's fighting style in Tekken 3 mixes Mishima-style larate as well as Kazama-style traditional martial arts, before switching to traditional karate from Tekken 4 onwards. Devil Jin retains this old fighting style, along with some demonic abilities of his own. 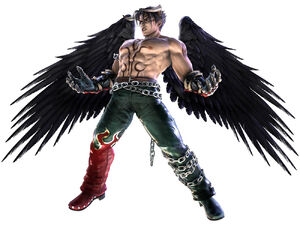 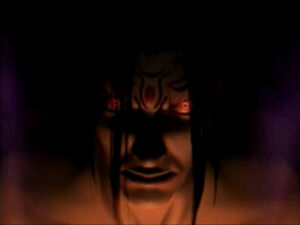 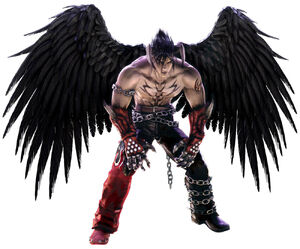 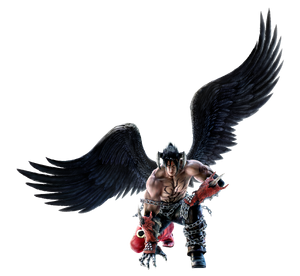 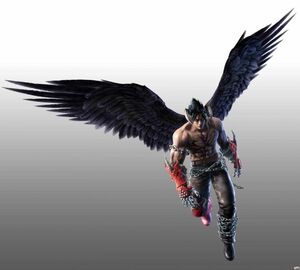 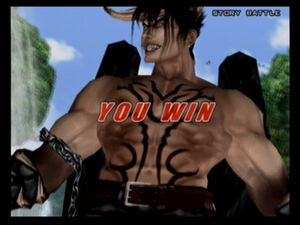 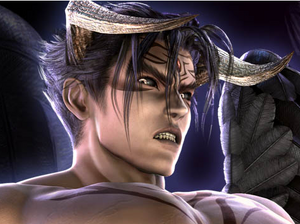 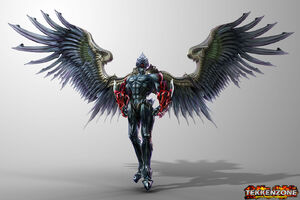 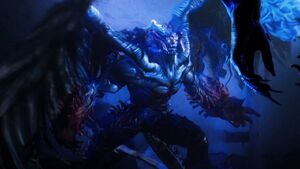 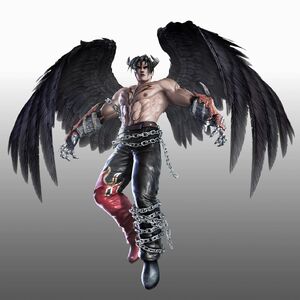 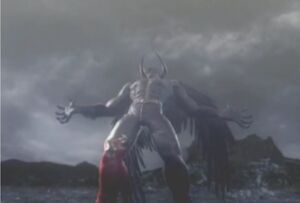 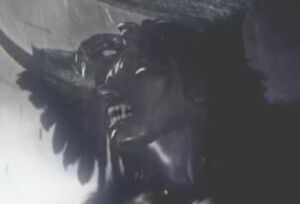 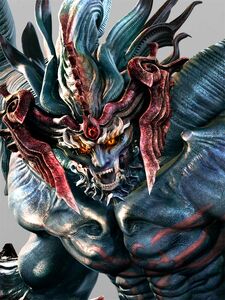 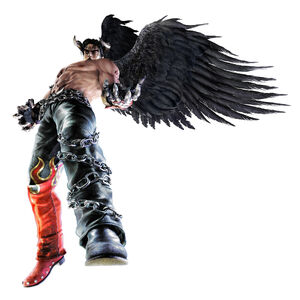 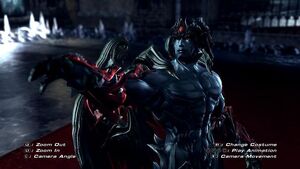 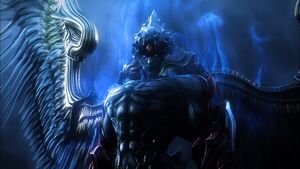 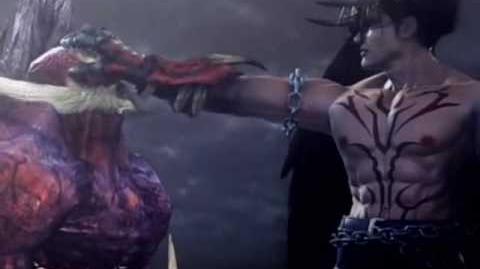 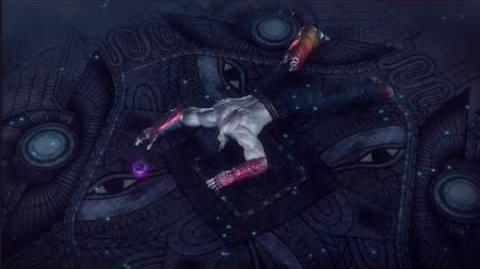 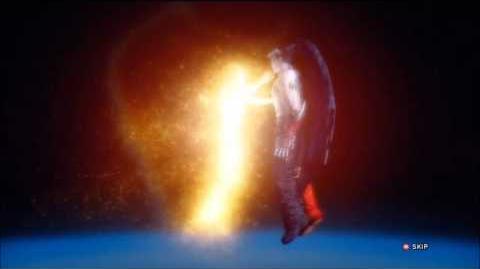