Member of the Legion of Doom

Devil Ray is a supervillain from Justice League Unlimited. He is also an alternate version of Black Manta (due to copyright issues at the time). He was a sadistic pirate recruited by Grodd to do various missions, but they would end up in failure due the Justice League's interventions.

Devil Ray was a infamous pirate, and either created or stole a powersuit to use to go deeper underwater, or fight off the authorities. He was known to be a sadistic thief, as he states that he has killed many people, either to survive or for his own benefit.

He was recruited by Grodd to join the Legion of Doom, and was tasked to do various missions with the other members. In his first known mission for the Legion, Devil Ray, along with Giganta and Killer Frost, were sent to retrieve the newly-discovered corpse of Prince Jon, a Viking Prince supposedly rendered invulnerable by the Norse God Odin, for the purpose of reverse-engineering that invulnerability for the Legion's own members.

The group were sent to collect the prince from a melting glacier, but were intercepted by Wonder Woman and the team. Devil Ray fought Wonder Woman underwater, and was easily defeated despite being in his "natural environment". The mission was a failure and his whole team was taken into custody through the collective efforts of the Justice League, Special Agent King Faraday's team, and the U.S. Navy.

Within weeks, Devil Ray escaped prison and was back with the Legion, and had his suit and abilities augmented by Lex Luthor. His next mission was to spearhead an attack on the Temple of Nanda Parbat, where he seemingly killed the master, and stole the Heart of Nanda Parbat.

Devil Ray earned himself the ire of Deadman for killing his mentor, and the latter was set out on taking back the Heart, and avenge the deaths of all the monks at the shrine. During the siege on Gorilla City, Devil Ray found himself up against Wonder Woman, whom Deadman possessed to exact his revenge. Deadman beat him within an inch of his life, but spared him, deciding vengeance would only go against his master's beliefs.

Devil Ray was confused on his near death, and believed that Wonder Woman attempted to murder him, and decided to target her despite the Legion being thwarted. When ready to kill Wonder Woman, Deadman possessed Batman and used a nearby gun to shoot him. The blast knocked Devil Ray backward and into an electrical conduit, where the energy that was released killed him. His accidental death (Deadman only intended to stop him, not kill him) unbalanced Deadman's karmic scale, and the spirit was forced to remain on this plane until he had atoned despite having restore the monks' souls.

Devil Ray wore a suit that allowed him to breathe underwater and withstand deep-sea pressures. It was also equipped with rocket boosters that enabled him to fly and navigate underwater, and two wrist-mounted guns. After Lex Luthor augmented his abilities, Devil Ray acquired super strength, stamina, and durability which is sufficient enough to challenge Wonder Woman and survive. He also received an array of venomous and explosive trident-shaped stingers. 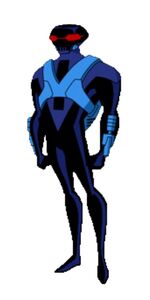 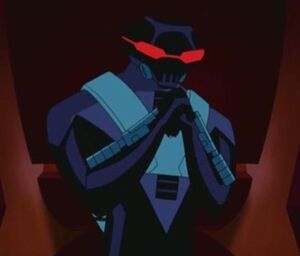 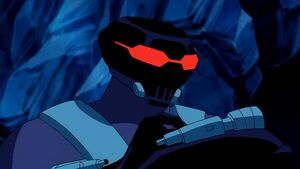 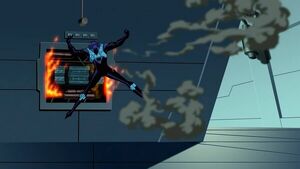