Devo, (also known as Soul Sacrifice in the English dubbed version), was an evil Stand user and one of the assassins hired by Dio Brando in JoJo's Bizarre Adventure: Stardust Crusaders. He wields the Stand Ebony Devil.

Even before allying himself with DIO, Devo was known throughout as a dangerous assassin, hired by shady figures to get rid of people they want gone. Devo lets everyone his attacks make the first move, and no-one has managed to survive one of his attacks yet. Some even say his way of death is actually the cause of a curse he casts.

Devo is first seen in a hotel in Sigapore, hiding in Jean Pierre Polnareff's room's fridge. Polnareff, noticing the removed alcohol, noticed Devo's presence and revealed him. Once Devo was revealed and summoned Ebony Devil, Polnareff stabbed at him, removing his left eye. Devo then activates his Stand to possess a doll before falling off the balcony to escape, then hiding in a bathroom stall.

Ebony Devil then attacked Polnareff inside the doll, killing a hotel employee and tying him under the bed to use spilled alcohol and a haywire hair-dryer to cause a fire or electrocute him. However, Polnareff perishes to neither, using a broken mirror to find his reflection and attack Ebony Devil. Polnareff asks for info on J. Geil but when not met with info, Polnareff chops Ebony Devil, and due to this, Devo, to pieces.

Ebony Devil's main ability centered around having it's user being damaged, a risky strategy. Once activated, Ebony Devil will transfer itself to a physical object, mainly a doll, to attack. It first quietly makes itself known, before bigger stuff follows suit. It's power also is strengthened depending on Devo's hatred for his foe. Devo can control the doll from a distance, and any damage it receives will be dealt to Devo. 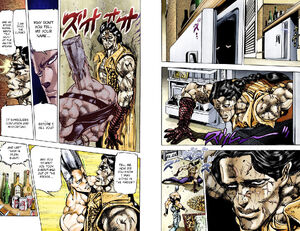 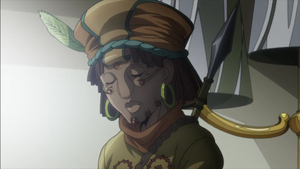 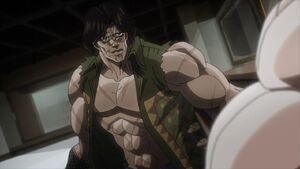 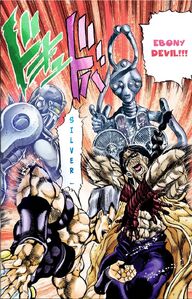 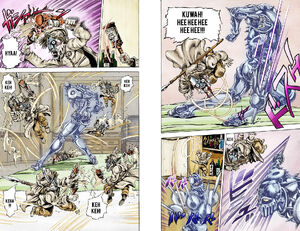 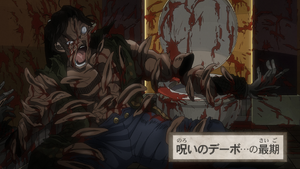 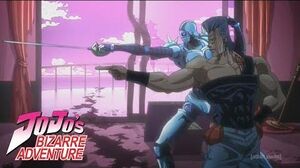