Lieutenant for the 3rd Street Saints

Head of Security at Ultor.

Helping take down the gangs of Stilwater (Saints Row)

Dexter Jackson, but commonly known as Dex, was a member of the 3rd Street Saints, a street gang in Stilwater, and later Head of Security for the Ultor Corporation. In the first game he is an ally to the player and a supporting character in Los Carnales Story Arc and the Epilogue. In Saints Row 2 he is an unseen but mentioned character, and is an secondary antagonist in the secret mission "Revelation", then as the main antagonist in the DLC Corporate Warfare. Dex then returns as a minor character and boss in Saints Row: Gat out of Hell.

Dex joined the Saints ran by Julius Little to rid the city of Stilwater from the violent gangs. He was a superb tactician and some Saints believed he would challenge Julius about running the gang.

He was also the brains in the Saints organization and came up with well thought plans to defeat some of the gangs, such as setting up the Vice Kings and killing Los Carnales jefe, Hector Lopez, and Stilwater police chief, Monroe.

Dex was later offered a job for the Ultor Corporation by Ultor chairman Dane Vogel so he dropped his flags. He also revealed to Julius' right hand man, Troy Bradshaw, that he knew he was a cop, and informed him that he was going straight.

When the Boss woke up in Saints Row 2 after being put in a coma caused by Julius, who blew them up on a boat, they managed to contact Dex who told them to meet him at their old gang hideout, a church, so he would help them get Julius. But this was a trap, and when Julius arrived at the church, told to go there by Dex, the Ultor head of security sent his team of Masako, to kill them, however they managed to escape.

Ultor's CEO, Eric Gryphon (who replaced Vogel after his death at the hands of the Boss) came to the saints from protection from Dex, who intended on killing Eric to gain higher control in Ultor. The Boss helped out Eric, who then tipped them off about Dex stealing nuclear waste to sell on the black market. The Saints stole the waste for themselves. Nowhere else to run, Dex fled Stilwater. After the Boss killed connections to Dex, they swore to find which city the former Saint ran to and kill him.

The Saints Row IV expansion pack Saints Row: Gat out of Hell reveals that Dex was sent to Hell due to his betrayal and now lives as a husk, only standing out from the others due to wearing his old purple visor cap.

The player is required to kill Dex 6 times as part of the "Revenge" diversion. In the first couple of interactions he will run away from the player (either being Johnny Gat or Kinzie) but will start having demons helping him out. After killing 6 times, he will continue to randomly spawn for the player to kill him over and over again.

After completing the city takeover of the game, a final cutscene shows Dex in a fetal position, still being tormented. 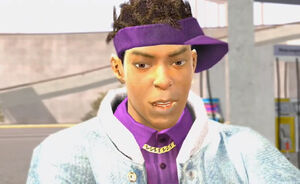 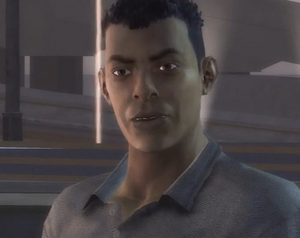 Dex as he appears in Corporate Warfare 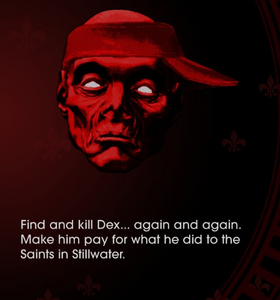 Objective to kill Dex for the "Revenge" diversion 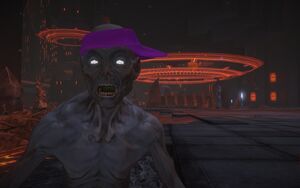 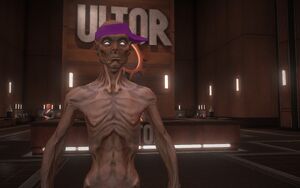 Dex in the Ultor Lobby.