Kill children (succeeded for a while but eventually failed).

Dez and Edele Hansel are minor antagonists in the 2006 crime film Running Scared. They are a rich, seemingly kindly couple who like to take in runaway children - and sexually abuse and murder them.

The couple are encountered by Oleg Yugorsky, who is on the run due to information on a gun that was used to kill corrupt cops. He hides in their van after being chased by his stepfather Anzor Yugorsky. The couple take Oleg, along with two other children, to their apartment. In spite of the couple's attempts to gain the children's trust, Oleg becomes suspicious of them and feigns an upset stomach. Oleg attempts to escape and contacts Teresa Gazelle using Edele's phone, but the couple catch him.

As the children are hidden away, Tersa arrives at the apartment and threatens to call the police unless the couple let her inside. Teresa initially is unable to find Oleg, but as she leaves, she realizes that there wasn't a single photograph of the two children that the couple had claimed was their own. She forces herself back in, prompting the coupel to threaten to call authorities. However, Teresa holds the couple at gunpoint, forcing them to reveal Oleg, who had been suffocated with a plastic bag. Teresa revives Oleg and instructs him to free the other children. Dez offers to give Teresa $100,000 in diamonds if she allows them to keep the two children, but Teresa refuses the offer. Teresa then uncovers the couple's killing tools and dozens of videotapes marked with the names of their previous victims. Repulsed, Teresa contacts the police before killing Dez and Edele. 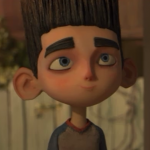