The Knowledge Bringer
The Great One
The Dragon
The Old One

Founder of the Flame Keepers' Circle and the Esoterica

To rule the universe.

Diagon is a major antagonist in Ben 10: Utlimate Alien, serving as the main antagonist of season 3. He is an extra-dimensional demonic entity who took a form of a dragon during medieval times.

Diagon is the worshipped deity of two modern day religious cults known as the Flame Keepers' Circle and the Esoterica who believed that he is an extra-terrestrial bring who had visited Earth many years ago and gave humans advanced technology. He is believed to have sworn to come back to Earth and bring the "Golden Age". He said he will bring alien tech so Earth would have no war, no disease, just peace. Vilgax was mistaken for and later pretended to be Diagon in "The Flame Keepers' Circle".

In fact, Diagon is an extra-dimensional demonic entity who is at least 1,700 years old and have tried to invade this dimension with help from many Lucubras during Earth's medieval era. He was banished back to his dimension when Sir George defeated him by cutting out his heart with Ascalon, a powerful weapon given to him by Azmuth centuries ago.

He was voiced by the famous voice actor John DiMaggio, who also played Bender in the Futurama franchise, Dr. Drakken in Kim Possible, the Joker in Batman: Under the Hood and Don Vito in the show Celebrity DeathMatch.

Diagon is a very arrogant and treacherous being who is shown to be excessively manipulative and power-hungry.

Due to the fact that he himself is power, Diagon sees himself as a very godlike and invincible being who deserves to rule all with his mind control.

Diagon talks down to all others as if they are merely nuisances or specks (even referring to some as such).

Diagon does have a sense of honor to the strong and a sense of caution in dealing with them. He addresses Sir George as "George the Triumphant", due to his past victory against him. He also seems to respect Gwen Tennyson, or at least her power. He sent Vilgax to deal with Sir George and Ben]] due to the danger that George presented to him.

Diagon is shown to look similar to Vilgax's true form; a giant squid as Ben finds Vilgax in the secret room inside headquarters of the Flame Keepers Circle to whom the members of the cult worship as the Knowledge Bringer. But later in A Knight to Remember, Diagon took control of Gwen and uses her to communicate with Ben that Vilgax will attempt to steal the source of his strength, his heart.

After that, Driscoll tells Ben that when the First Knight fought Diagon, he reveals that Diagon's true form is somewhat like a Dragon. Diagon scares Gwen as seen in A Knight to Remember, and scared Ben, Gwen, and Kevin into demanding Azmuth to get them away in Solitary Alignment. Azmuth and Sir George do not seem to be scared of Diagon. They have probably gotten used to the sight of it.

Though he looks like Vilgax's true form that has the appearance of an octopus, Diagon is in actuality, a powerful demon, not an alien.

in "The Flame Keeper's Circle", Diagon was first introduced and his appearance was revealed in a craving at the headquarters.

In "A Knight to Remember", Diagon took control both of Gwen and Winston.

In "Solitary Alignment", his shadow was seen in a flashback.

Diagon's voice was heard in "The Enemy of My Frenemy", being called by the name Old One, a being who can bring dead people back to life. Charmcaster gave him six hundred thousand souls (from every living thing in Ledgerdomain except herself) and in return, asked to bring her father back to life. Spellbinder disapproves her attitude saying that his daughter became a worse tyrant than Adwaita ever was. Spellbinder says that he can't stay in Ledgerdomain knowing that his life was bought by the cost of so many others and decides to leave again. Charmcaster says no, but Spellbinder returns to the dead and the Diagon makes all souls return to their bodies, saying that "such is the way of magic".

In "The Beginning of the End", his voice was heard again when Sir George demand to face him instead he summoned Vilgax his Herald.

In "The Ultimate Enemy: Part 1", the Seal was finally broken, allowing Diagon to return to Earth's dimension from his own home dimension.

In "The Ultimate Enemy: Part 2", Diagon fights against Ultimate Way Big and defeats him with acid rain, later Diagon is absorbed by Vilgax. At the end of the episode, Ben used Ascalon to defeat Vilgax and in consequence absorbed Diagon, his power transformed into the form of a star because of Azmuth.

Dragon was an extra dimensional demonic entity whose demonic powers made him appear to be a deity in the eyes of many. His entire physical form was actually composed of demonic power. 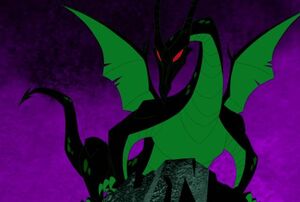 Diagon as The Dragon. 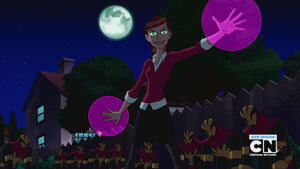 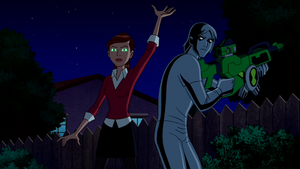 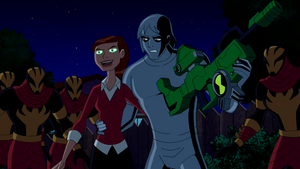 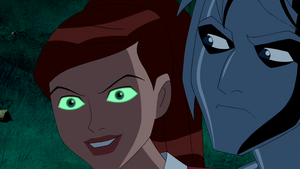 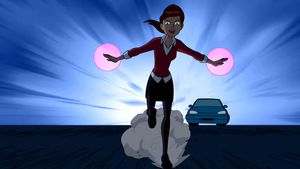 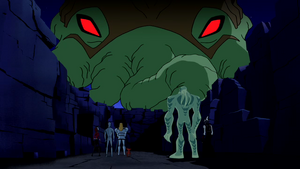 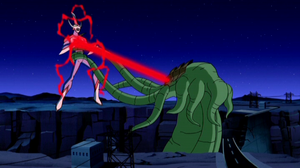 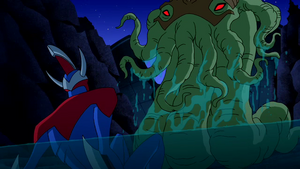 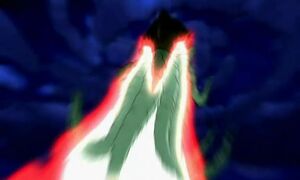 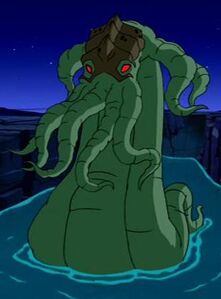 Retrieved from "https://villains.fandom.com/wiki/Diagon?oldid=3464713"
Community content is available under CC-BY-SA unless otherwise noted.