Punishing those she hates.

Diana is one of the two secondary antagonists (alongside Gregory M. Wilson) in the 2006 psychological horror videogame Rule of Rose. She is the leader of the Red Crayon Aristocrat Club.

She was voiced by Joanna Hall.

Despite being the one of the oldest and most mature member of the Aristocrat Club, Diana gets enjoyment out of playing cruel pranks on her "friends". She once pulled a prank on Eleanor by stealing and killing her red bird. Afterwards, she and Meg made a bet to see if she would cry or get furious. During this act she shown no remorse and stated that she "deserved it". She undertook another cruel prank against Meg by ripping a love letter written by Meg and hiding the pieces. This made Meg afraid that someone else would find the letter and her fears were confirmed when she saw Jennifer with the letter. Meg, after crying in Diana's arms, ordered Jennifer to be put into the Onion Bag and Diana, like the other club members, joined in filling the bag with disgusting items while Jennifer was inside it.

Diana has a hatred for adults due to them always bossing her around. Diana can't stand the idea of someone having power over her. She is also afraid of growing up too fast and also fears that when she becomes old, no one will want to pay any attention to her and she'll die alone as a result.

Diana hates Jennifer for being the oldest member of the Aristocrat club. She would always find a good opportunity to degrade her in front of the other kids. Any time Jennifer turned in one of her "gifts", Diana would call it filthy trash that isn't worthy of being brought to her. Diana even goes as far as to stand up on a chair for the sake of being able to look down upon Jennifer and make her feel inferior.

Diana finally went too far when she and the other aristocrats killed Jennifer's dog Brown, where Jennifer would finally confront her for her doing. She has shown to fear to only person and that is Wendy, the true leader of the Aristocrat Club who leads the club from the shadows. Diana is killed by Gregory M. Wilson during the orphanage massacre. In her final moments of life, she gets put in a position where she has no control over. 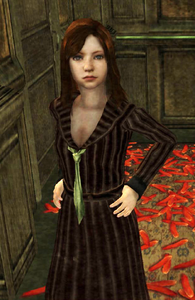 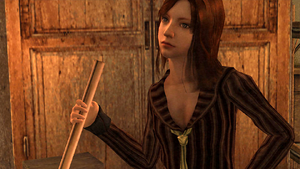 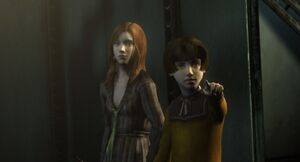 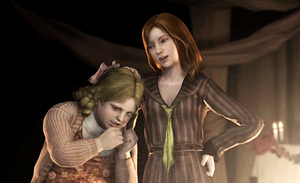 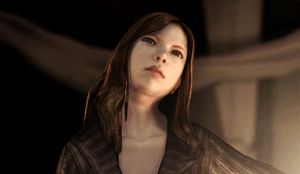 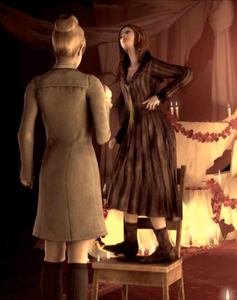 Add a photo to this gallery
Retrieved from "https://villains.fandom.com/wiki/Diana_(Rule_of_Rose)?oldid=3850954"
Community content is available under CC-BY-SA unless otherwise noted.