Diego Brando from another universe is the final antagonist of JoJo's Bizarre Adventure: Steel Ball Run.

He's an alternate counterpart of Diego Brando from another universe and a stand user summoned by Funny Valentine before his death, giving him the order to gain all the Saint Corpse Parts and to kill Johnny Joestar.

After the death of the original Diego Brando, Funny Valentine fought with Johnny Joestar and ended up defeated, knowing that he was going to face his end, the president summoned a Diego Brando from another universe and asked him to complete his mission, Diego accepted and quickly stole all the Saint Corpse Parts from Johnny and proceeded to win the race. Diego than revealed his identity and objective to Johnny, which was following and killing him. The two fought in a long battle in which he emerged victorious and fulfilled the last will of Funny Valentine by keeping the body of Jesus Christ in the secret chamber of Holy Trinity. He was later surprised with the appearance of Lucy Steel, which exposed the head of the original Diego and killed him because his head merged and obliterated with the another.

Like DIO, Diego is able to stop time for exactly five seconds and throw knives thanks to his version of The World. 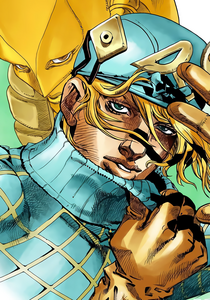 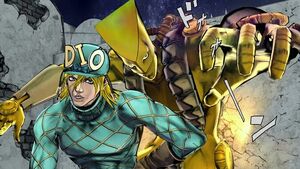 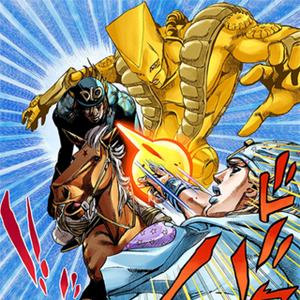 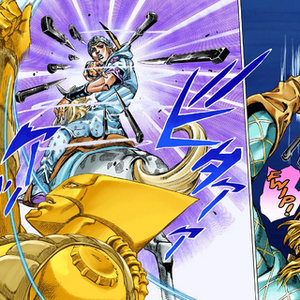 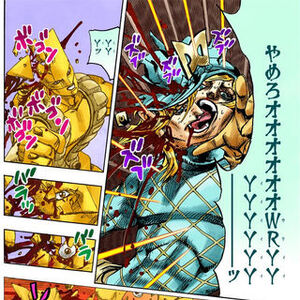 Retrieved from "https://villains.fandom.com/wiki/Diego_Brando_from_another_universe?oldid=3442134"
Community content is available under CC-BY-SA unless otherwise noted.