Being with his daughter.

Unleash the Trigger Virus in New York city (succeeded, but then failed).

Brutish Terrorist
Diego Gomez is one of the two secondary antagonists (other being Maria Gomez) of the CGI film Resident Evil: Vendetta. He is a bodyground and bio terrorist who works for Glenn Arias, whom seeks vengeance by unleashing the trigger virus on New York city.

Diego was an ordinary human and friend of Glenn Arias and his family. On the day of Glenn's wedding, a government of an unknown nation ordered a smart bomb to be dropped to wedding site, killing all guests but three-Glenn, Diego and Maria.

As Arias leaves with his B.O.W. associates, Maria and Diego Gomez, the BSAA arrives just in time to rescue Chris by slaughtering Kathy and the remaining zombie horde with Chris vowing revenge on Arias.

Later, Rebecca was captured by Maria and Diego, Arias intends to make Rebecca his bride as she shares a striking resemblance to his late wife. He develops a new strain of virus that is not affected by the vaccine and injects it to Rebecca. Arias challenges Chris to rescue Rebecca within thirty minutes, which is the time that requires the virus to take full effect. As Arias' associates imitate their attack on New York by releasing the gas form of the virus in vehicles, Leon and Chris' new BSAA team, consisting of DC, Damian and Nadia, destroy the vehicles and contain the virus, although Damian is brutally decapitated by zombie dogs in the process. Chris then infiltrates Arias' safe house, defeats Diego and rescues Rebecca. In the terrace, he is confronted by Arias, and a brutal gun-kata and Close Quarters fight ends with Arias falling through the glass terrace below to his demise. Diego then revealed to be Arias' brother and they assimilate to form a new Tyrant form. Chris is no match against the Arias-tyrant until Leon joins the fight after working his way through the safehouse, mowing down zombies. With the assistance of DC and Nadia, they manage to trap the tyrant, at which point Chris finishes off the Arias-tyrant with a rocket launcher. They are then able to locate the antidote that Arias kept and cure Rebecca before the thirty minutes is up. 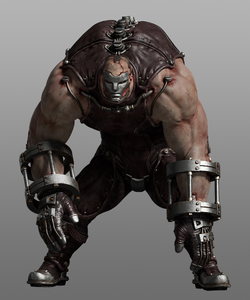 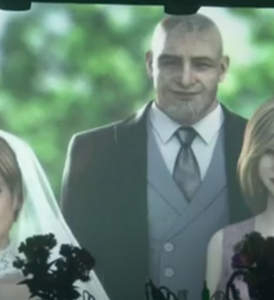 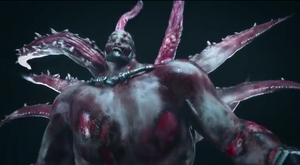