The Surgeon of Birkenau

Antagonizing Rachel and her team.

To kill Rachel and her Mossad team (failed).

To escape from them much as he can for deny his terrible war crimes against humanity (failed).

Dieter Vogel, also known as The Surgeon of Birkenau, is the main antagonist in the 2010 remake of The Debt. He is an evil and ruthless Nazi war criminal who got his nickname from his medical experiments on Jews during World War II in the times of the Holocaust.

He was portrayed by Jesper Christensen, who also portrayed Mr. White in the James Bond films.

In 1965, Mossad agent Rachel Singer arrives in East Berlin to meet with fellow agents David Peretz and Stefan Gold . Their mission is to capture Nazi war criminal Dieter Vogel —infamously known as "The Surgeon of Birkenau" for his medical experiments on Jews during World War II—and bring him to Israel to face justice. Stefan also reveals to Rachel that David lost his entire family in The Holocaust.

At her third appointment, Rachel injects Vogel with a sedative during an examination and induces the nurse (Vogel's wife) to believe that he has suffered a heart attack. Stefan and David arrive dressed as paramedics and make off with the unconscious Vogel in a faux ambulance, barely ahead of the real ambulance team. Under cover of night, the trio attempt their exfiltration at Wollankstrasse Station, on a railway line along the sector boundary between East and West Berlin, and next to a mail depot. As they prepare to load Vogel onto the stopped train he suddenly awakens and sounds the horn of the stolen mail van where he is being held, alerting East German guards to their presence. In the ensuing shootout, David sacrifices his chance to escape in order to collect the compromised Rachel. The agents are left with no choice but to bring Vogel to their apartment and plan a new extraction.

The agents take turns monitoring and feeding Vogel, who attempts to psychologically humiliate and intimidate them. During his shift, David becomes violently enraged after Vogel explains his beliefs that Jews have many weaknesses, such as selfishness, making them easily subdued. David smashes a glass plate over Vogel's head and repeatedly beats him, only to be stopped and restrained by Stefan. While Rachel is in charge of monitoring, Vogel manages to cut through his bonds using a shard of the broken plate and ambushes Rachel with the shard, leaving her with a permanent scar on her face. He then escapes into the night as the agents are left to assess their failure.

In 1997, Rachel is honoured by her daughter Sarah (Romi Aboulafia) during a release party in Tel Aviv for Sarah's book based on the account Rachel, Stefan and David gave of the events in 1965. Concurrently, David is escorted from his apartment by an Israeli government agent for a debriefing. David recognizes Stefan waiting in another vehicle and commits suicide by stepping in front of an oncoming truck.

At a dinner after their daughter's book release party, Stefan takes Rachel aside to set a meeting to discuss new information he has obtained. Later, at David's flat, Stefan provides evidence that Vogel now resides at an insane asylum in Ukraine, and is soon scheduled to be interviewed by a local journalist.

David had been investigating the man at Stefan's request and, according to Stefan, killed himself out of fear that the lie would be exposed. Rachel refutes Stefan's explanation, recalling an encounter with David a day before his suicide, in which he revealed his shame about the lie and disclosed that he had spent years unsuccessfully searching the world for Vogel. He was further disheartened by Rachel’s admission that she would continue propagating the lie to protect those closest to her, particularly her daughter.

Nevertheless, Rachel finally feels compelled to travel to Kiev, where she investigates the journalist's lead and identifies the asylum. She reaches the room just minutes before the journalist and discovers the man claiming to be Vogel is an impostor, a senile old man who apparently fancies the notoriety. Describing the encounter to Stefan over the phone, Rachel declares she will not continue to lie about the 1965 mission. She leaves a note for the journalist and prepares to leave, but suddenly spots Vogel in his 80s by now among the other patients and follows him to an isolated area of the hospital.

After a confrontation in which Vogel stabs her twice with scissors, Rachel kills Vogel by plunging a poisoned syringe into his back. As she limps from the asylum, Rachel's note is discovered and read by the journalist. It describes the truth of the mission, ready to be relayed to the world. 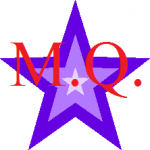