Dino Piranha is a recurring antagonist and the first boss encountered in Super Mario Galaxy. It is a gigantic Piranha Plant that looks like Petey Piranha with the body of a dinosaur.

When Mario (or Luigi) arrives to the planet where Dino Piranha is standing, it is surrounded in a giant egg, which it starts to move around in after being slightly cracked at the top due to Mario (or Luigi) landing on top of it. The only part of it that's visible is its tail, which has a rock on the end of it. Mario must spin attack it to make it swing back and break the egg.

Once Dino Piranha is "freed", it tries to kill Mario, and he must spin attack the rock on its tail once again to make it spin back and hit Dino Piranha. He must do this three times, with it becoming angrier and faster each time. 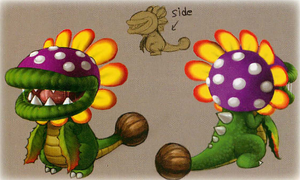 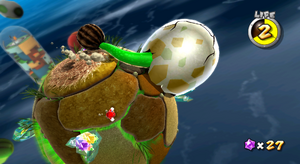 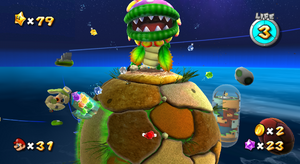 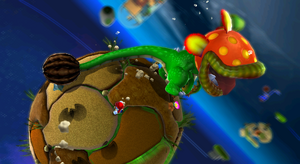 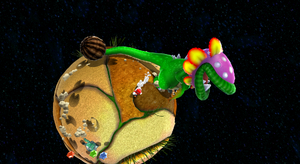