Diodora the Explorer (by Freed Sellzen in the English dub)

Member of the Astaroth Clan (formerly)

Ally of the Khaos Brigade (briefly)

Collecting nuns and holy maidens, and raping them.

Insulting, mocking and taunting Issei and the Occult Club.
Lusting over Asia Argento.

Add Asia to his collection.

Kill Issei, Rias and the Occult Club.
Take control over the Astaroth Clan.
Assist the Khaos Brigade.
Collect as many nuns and holy maidens as he desires (all failed).

Diodora Astaroth is a major antagonist in the light novel and anime series Highschool DxD, serving as an unseen antagonist in Volume 1 and the secondary antagonist of Volume 6.

He was the former supposed heir of the Astaroth Clan until he betrayed his family and kind when he side with the Khaos Brigade. He was the younger brother of Ajuka Beelzebub, and was the mastermind responsible for Asia Argento's excommunication from her church. He is also the self-proclaimed love rival and foremost enemy of Issei Hyoudou for kidnapping and sexually harassing Asia.

He was voiced by Makoto Furukawa in Japanese and Aaron Dismuke in English.

Diodora is described to be a gentle-looking and handsome young man who has blonde hair (in the light novel; while he had dark blue hair in the anime). He appears to have a rather big, deep scar on his chest, which he injured himself on purpose as part of his plan on having Asia banished. He is usually dressed in noble clothing, which consists of a cape and black noble attire. He has fanged teeth and deep golden eyes. He also has a gentle smile that adds on his altruistic façade.

While he first appeared to be a gentle, well-mannered young man, in actuality, Diodora is nothing less than a narcissistic, vile, uncaring, and spoiled psychopath who will do anything to get whatever he wants by any means necessary. He is perversely obsessed with nuns and holy maidens as most of his Chess Pieces are all former nuns and holy maidens he had acquired all over the world by being the cause of their excommunication.

He is also horrifyingly sadistic, as he thoroughly enjoys seeing them suffer in pain, sadness, loss, suffering, despair as he finds it an ultimate form of entertainment. He is also incredibly childish, temperamental, and immature, as proven by the temper tantrum he threw upon realizing he was no match for Issei. He is also shown to be heavily disgusted with Dragons and those associated with them, as he calls Issei a "filthy dragon" but after suffering his defeat on him, he becomes fearful of him and dragons.

However, despite his massive arrogance and overconfidence, in the bottom of his very being, Diodora is nothing but a cowardly and hypocritical sore loser. During the Rating Games, he choose to use sabotage to be sure of winning, wishing to use Issei's Dress Break Ability at his own advantage, proving to be completely gutless against him. His cowardice was further proven during his battle with Issei. After realizing he was no match for Issei, he began to hide behind energy barriers (which Issei revealed his barriers are even weaker than Vali Lucifer), only to be left completely terrorized after Issei easily destroy and after his defeat, he trembled in even greater fear after seeing Issei coming near to him, now completely afraid of both him and dragons overall. Even when he was defeated and threatened by Issei, Diodora became more of a sore loser as he begs Shalba to help him kill Issei and the Occult Club only for Shalba to kill him out of annoyance.

Due to his obsession of Holy maidens and nuns, Diodora is highly delusional and persistent when believing Asia belongs to him as well considering her to be his "property" which was nothing but his deluded fantasy.

Despite being brothers, Diodora doesn't seem to have a very good relationship with one of the devil kings and his older brother, Ajuka as the latter doesn't hold any cares for Diodora even didn't hold sympathy for his death due to his treachery to his family.

Although there isn't much to his background except being the next heir to becoming head of the Astaroth Family. It is stated by Freed Sellzen that due to the very fact that he had a fetish obsession for nuns and maidens, he has been preying on famous nuns and holy maidens in various countries around the world one after another. He would often seduce each nun or maiden he encounters with his passionate words in order to make each of them fall for him. At some point, he would have the nuns and maidens excommunicated by their respective churches, which is devastating for them and would later save them from the depths of their despair, only to give them more when he takes advantage of them as he would eventually rape them both physically & emotionally. Later on, Diodora would reincarnate them into becoming his servants for his collection and peerage, as the nuns and maidens slavishly pledge their loyalty to him as the very result of his actions.

Sometime prior to Issei's awakening, Diodora would have targeted Asia next for his collection. He would purposely injure himself to let Asia heal him right in front of the church, which resulted in Asia's accusation of her being a witch and banished from the Church. He was also present at the abandoned church at Kuoh Town when Raynare stole Asia's Sacred Gear and was killed. He initially intended to be the one to kill Raynare and save Asia, then take her as one of his own. His plan, however, did not work due to waiting for Issei's death to appeal before underestimating the situation, so he has left no choice but to try again next time.

He appeared in Volume 5, in which he was one of the six young Devils who were invited to the Young Devil Gathering, where he was first seen catching Asia into his arms. At the end of the same volume, he reappeared in front of Issei and Asia and would propose to her after he reveals himself to be the Devil she healed years ago after she was banished.

In Volume 6, he was scheduled to have a Rating Game against the Gremory Team of taking Asia, but this did not happen after he revealed that he was an ally of the Khaos Brigade. It is also revealed by Freed that he had Asia heal him just to simply add her to his collection of nuns and maidens for the sole purpose of his lustful desires. Diodora then kidnaps Asia and has his peerage battle against the Gremory group. He was easily defeated by Issei in a one-on-one fight due to Issei overpowering him in anger at what he had done to Asia out of pure spite. Issei spared Diodora but threatened him if he comes anywhere near Asia again, he won't hesitate to kill him.

After his defeat, Shalba Beelzebub appeared. Diodora pleaded with him to help, only for Shalba to stab him with a weapon of light, and his body dissolved away.

With his death, Diodora's delusions of Asia ended up into a failure. Due to Diodora's betrayal to his family and the other devils, the Astaroth Family were punished in his stead and has lost many of their privileges. Following his death, Diodora's niece, Latia has replaced him as the new heiress of the Astaroth Clan. His peerage were disbanded. While the members of his peerage current status is unknown, they were mostly likely to be captured and punished for their late master's actions. 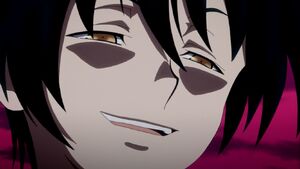 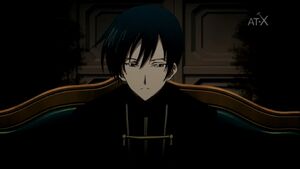 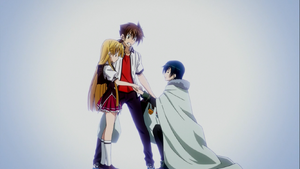 Diodora manipulating Asia to fall in love with him by proposing to her in front of Issei. 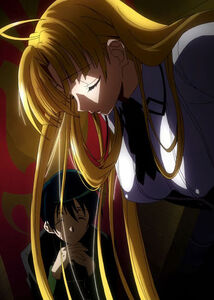 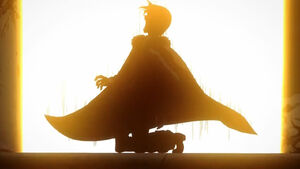