Drinking blood from the living and creating new vampires

Killing and creating more vampires in the names of their master

Mythological Vampire Dogs
The dip are a race of vampiric dogs from Catalan mythology, said to be emissaries of the Devil.

At some point they terrorized the comarca of Pratdip, which might've been named after them (lit. trans. meadow of dips).

They are usually depicted as being lame in one leg and blind in one eye, and almost always described as fierce black dogs.

Dips are very vicious but still smart enough to stalk prey when they're at their weakest, such as drunk people having just come out of the bar or when they're walking through the forest.

Dips are strong canines, possibly stronger than wolves, and can kill men and livestock in spite of being lame in one leg. They are very stealthy in the dark and possess bites that can turn others into vampires.

Old drawing of a dip 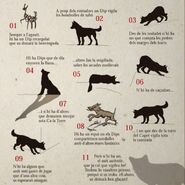 Two dips gang up on a man. 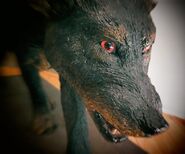 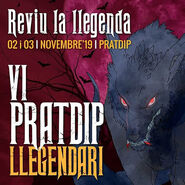