Goddess of vengeance and chaos

She was portrayed by Meighan Desmond.

Eris or Discord was the goddess of chaos. She is Ares ' twin sister and a daughter of Zeus and Hera and the mother of Strife. Discord often assists Ares in his plots against their half-brother Hercules. Eris is not only the sister of Ares but also his flunky and lover.

Discord became a big thorn in the side of Xena. Ares gave Discord a chance to be involved with the conflict against the God of Evil, Dahak.

During the Twilight of the Gods, Discord joined the other Olympians to kill Xena. Xena chopped her head off during the final assault on Olympus. 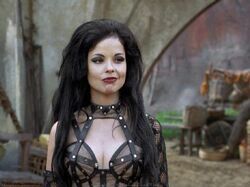 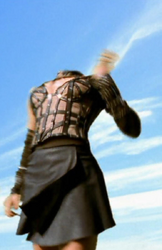 Discord's body
Add a photo to this gallery
Retrieved from "https://villains.fandom.com/wiki/Discord_(Hercules_and_Xena)?oldid=3778549"
Community content is available under CC-BY-SA unless otherwise noted.