Unknown (technically Docoriki, considering that he is Doco's clone)

Being in control
Abusing other people

DocoRiki's Evil Clone is a one-shot villain from the Russian animated series Smeshariki (Смешарики), also known as Gogoriki or Kikoriki. He was a clone of the elk character Losyash(Лосяш), also known as Docoriki. He only appeared in the original show's "Double Doco" ("The Savage Clone", "The Clone!") and Pincode's "The Universe is Under Supervision".

During his youth, before meeting the other eight main characters, Docoriki was a rude hooligan who alienated everyone in his class. Due to this, he has decided to create a friend, and, using his knowledge and the key from the chemistry cabinet, he created the clone. Docoriki and the Clone used to be friends and partners-in-crime, but as Docoriki grew, he realized the error of his ways and became an intellectual gentleman. Docoriki's Clone, however, didn't. Docoriki had to escape his hometown in order to get away from him.

In The Clone, Docoriki ran to Ottoriki, the penguin mechanic and his friend and, asked him for help and revealed the clone's existence. Docoriki and Ottoriki entered Docoriki's house where the clone was waiting and eating sandwiches. Docoriki's clone addressed his former friend and Ottoriki with a mocking, quiet tone, and gave a nickname to Ottoriki - Chippolino (Pinocchio, Goofball). Treating Docoriki and Ottoriki as his partners-in-crime, the Discourteous Clone trashed the valley the main characters lived in, breaking windows and drawing graffiti on walls. Docoriki and Ottoriki attempted to stop him, but failed, and then tried to lure him into a submarine to send him to a port in Otto's homeland where he would be rehabilitated into a better person - but the clone heard their plan and questioned them why would they do it, considering they were his "friends". When Otto told him he wasn't his friend and Doco said he was a petty hooligan, Doco was angered by this and said he was going to do such a terrible thing that they wouldn't forget it. Doco and Otto attacked him, tied him up and trapped him in the submarine - however, at the end, it was revealed that Doco was trapped on the submarine instead of his clone. What happened to them both afterwards is unknown,although the clone most likely either escaped or was recaptured by Otto and sent away.

The clone returns in a Kikoriki: Pin-Code episode "The Universe is Under Supervision". Having somehow reached the outer space, he arrived at Otto's spaceship, once again wanting to turn Doco back into a bad guy. There,he learns that Doco discovered through quantum research that people could change the reality with their thoughts, and Doco is afraid of materializing his thoughts. His clone,however,starts terrorizing him by "altering" the reality and Doco "fixing" it. The clone goes on as far as trying to electrocute Doco and himself. Though they both survive, Karlin discovers, to the clone's disappointment,that "altering the universe" doesn't work the way they thought. Angered, the clone leaves the ship and flies away. Afterwards, the light bulb he claimed would pop does indeed break, implying that Doco's theory is at least partially true.

Docoriki's Clone looks exactly like Docoriki. However, he has a different (lower, more menacing) voice, and almost always has his tongue out of his mouth. Some time later, he gained a black eye and a five o'clock shadow.

As shown in his episode, Docoriki's Clone is a hateful, immature, ill-mannered, argumentative, and impertinent vandal who essentially formed a gang of unwilling people (namely, Docoriki and Ottoriki) to trash the place and vandalize the buildings. When he was told by Ottoriki that he wasn't his friend, he walked towards him and told Docoriki that they should punish the traitor, but when Docoriki called him out and asked him to leave, the Clone was infuriated at his "friend"'s betrayal, told him that he was going to do a terrible thing that they wouldn't forget and ran to Ottoriki's house, trashing it (which could be considered a Villainous Breakdown).

Despite the fact that he thinks the unwilling recruits of his "gang" (Doco and Otto) are his friends, he seems to be unsympathetic and cruel towards anyone and doesn't feel guilt over vandalizing the place.

Upon his return in Pin-Code, he seems to have become even more unhinged and petty, attempting to alter reality to his liking just because he can and to spite the original Doco, and even trying to blackmail his creator by threatening to kill both him and himself. 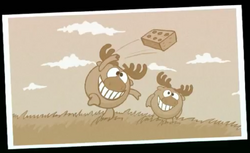 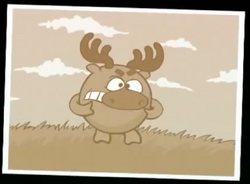 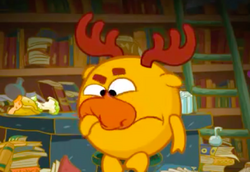 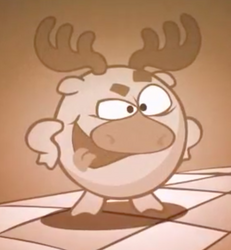