Yu-Gi-Oh! The Dark Side of Dimensions

Kill Mani (Succeeded, but then failed).
To have the Millennium Puzzle for himself (failed).
Defeat Yugi Muto's loved ones (failed).
Absorb Yugi's friends including Seto Kaiba (failed).
Plunge the earth into eternal darkness and kill Atem, Yugi Muto and Seto Kaiba, then conquer the earth (failed).

Aigami (real name: Diva) is the main antagonist from the 2016 film Yu-Gi-Oh! The Dark Side of Dimensions. He is described as a mysterious youth who holds the keys to the movie's story.

He was voiced by Kento Hayashi in the Japanese version, and Daniel J. Edwards in the English dubbed version who also played Varis in Yu-Gi-Oh! VRAINS.

Diva uses the Cube to absorb Joey and attempts to absorb Bakura but Mani, under the influence of the Millenium Ring, intervines and the Millenium Ring ends up destroying Mani. He later loses a duel to Yugi and it brings Bakura back (Joey escaped earlier due to his memories of Atem) however due to his weakened will the remnants of Zorc Necrophades along with the darkness from within the Millenium Ring combines with Diva, as he attempts to use the Plana to erase the world and create a new world of darkness, however Kaiba and Yugi oppose him with Kaiba sacrificing himself and Yugi nearly being defeated, however Atem's spirit re enters Yugi's body through the Millenium Puzzle, stripping Diva of the power of the Plana as Atem summons Mahad and attack's Diva's Crimson Nova Trinity destroying it whilst also destroying Zorc and the Millenium Ring once and for all and setting Diva free from his control.

Diva is latter seen in the end scenes, having returned to Egypt as he and Sera wave goodbye to Mani. 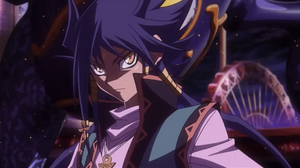 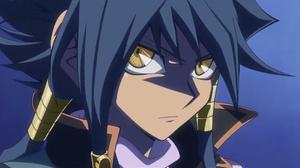 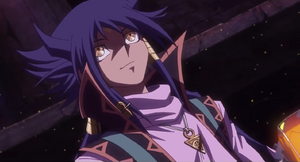 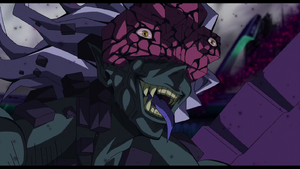