Guardian Minions
Divermon are minor villains in almost all of the Digimon series; Digimon Adventure 01, 02, Tamers, both the TV show and movie, and Digimon Fusion.

Divermon is an Ultimate Level Digimon that resembles a man-fish with scuba gear.

Four Divermon were working for MetalSeadramon. They helped him hunt down the DigiDestined who were within Whamon. One of the Divermon was deleted due to the intense pressure that Whamon was diving into. A second was deleted by Whamon's Tidal Wave. Finally, the last two were deleted by Zudomon's Vulcan's Hammer.

Some Divermon (They were called Scubamon) were seen cuffed by Dark Spirals, asking for Kari's help. For some reason their eyes were red but they seemed to be unaffected by the Dark Spirals.

Even though Angewomon destroyed the Spirals, they turned into dark creatures and tried to take Kari to their leader (which turned out to be Dragomon), but she refused.

While Takato, Henry, and Terriermon were being pulled by a data stream, they encountered a few Otamamon. A Divermon attacked them thinking that the three would attack the Otamamon. When He realized he made a mistake, he apologized multiple times and showed them the way out.

Divermon was one of the Digimon that invaded the Real World. He served under Mephistomon. He invaded so he can capture Minami. He first fought Kai's grandfather but was Divermon overpowered him. Seasarmon then came to the rescue and defeated Divermon.

Several Divermon were members of the Bagra Army. They are minions of Neptunemon.

They are members of Olegmon's crew. 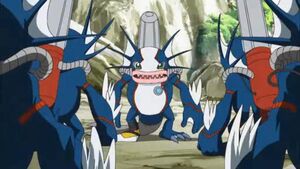 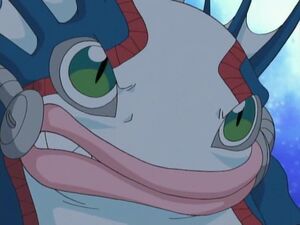 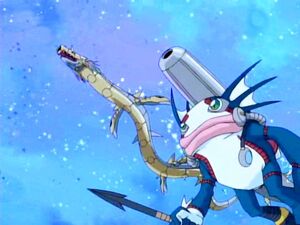 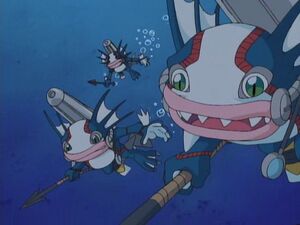 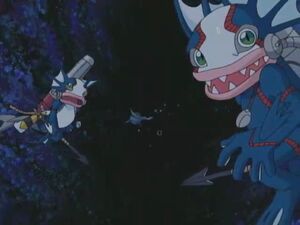 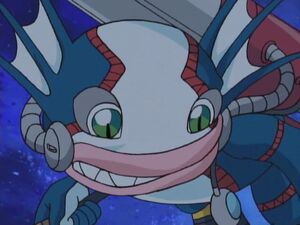 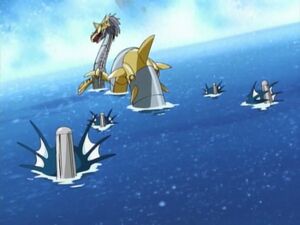 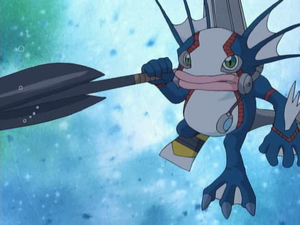 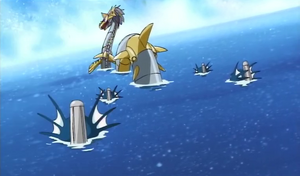 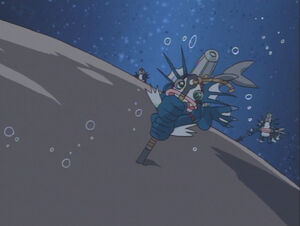 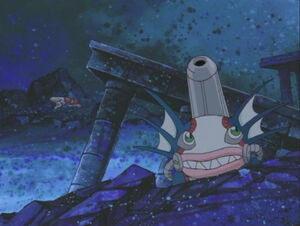 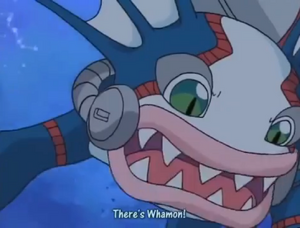 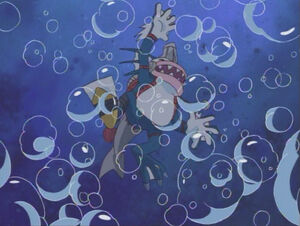