Dlanor of the Ten Wedges

Enforcing the commandments of Knox's Decalogue

Drinking tea with milk and sugar

Dlanor A. Knox is an anti-villainess from Umineko: When They Cry. She is the Chief Inquisitor of Eiserne Jungfrau and enforces the commandments of Knox's Decalogue, originally written by Ronald A. Knox. Known as Archbishop Knox, Dlanor is popularly known as "Death Sentence Dlanor" and "Dlanor of the Ten Wedges". She can summon a red blade of light, which differs from the others seen in the series by having a handle.

She is voiced by Miyuki Sawashiro.

Dlanor is also an extremely strong fighter, and engages in a duel with Battler in End of the Golden Witch. While she is a witch hunter and puts on a cold mask, she actually pities witches, as she is in truth neutral, but she strives to eliminate evil. This does not allow her to let those who she has been ordered to hunt go free. She, like Cornelia and Gertrude, work under Erika, though she sees Erika as "evil" and desires to teach her a lesson despite following her. She respects Battler despite being on opposite sides as they have things in common, and is an old friend of Virgilia's, despite the latter being a witch.

She tells Battler that she does not disprove magic because she is completely fine with magic; she only dislikes the fact that magic is used as a method to do evil. 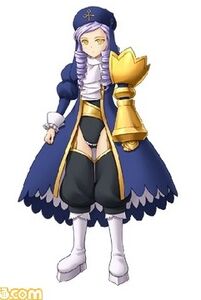 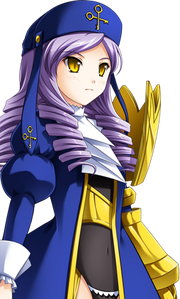 Retrieved from "https://villains.fandom.com/wiki/Dlanor_A._Knox?oldid=3374821"
Community content is available under CC-BY-SA unless otherwise noted.