Dobermon is a minor villain in Digimon Xros Wars.

Dobermon is a Champion Level Digimon that resembles a dog called; Doberman Pinscher. It has a claw on each end of its legs and wears a spiked collar. It also has one red jewel on each leg. 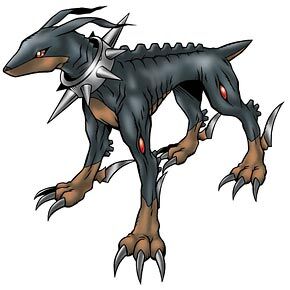 Retrieved from "https://villains.fandom.com/wiki/Dobermon?oldid=3809397"
Community content is available under CC-BY-SA unless otherwise noted.