Doctor Alchemy (real name: Albert Desmond), formerly known as Mister Element is a supervillain in the DC comics and an enemy of the Flash. He joined forces with the criminal organization known as the Rogues.

Albert Desmond suffered from a split personality, one a good person and the other evil. Originally calling himself Mr. Element and using element-themed devices before being captured by the Flash, he changed it to Dr. Alchemy when he found the philosopher's stone which could transmute elements after hearing of it from a cellmate, and was able to transmute elements, although the effects only lasted for about 20 minutes.

Soon it was found out that there were two Desmonds, Albert, the good one and Alvin, the bad, and that they shared a mental link. Alvin was destroyed, but Albert became Dr. Alchemy again.

Both the Doctor Alchemy and Mr. Element versions of the character were adapted for non-speaking cameos in the episode "Flash and Substance" of the animated series Justice League Unlimited.

Julian Albert a.k.a Doctor Alchemy appears in the third season of the CW TV series The Flash. He was introduced as one of the main antagonists before being revealed as a possessed puppet of the true main antagonist, Savitar. He is portrayed by Tom Felton, who also played Draco Malfoy in Harry Potter, and when possessed by Savitar, he was voiced by Tobin Bell, who was infamous for his role as Jigsaw in the Saw movies. 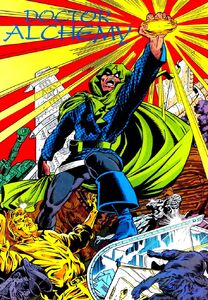 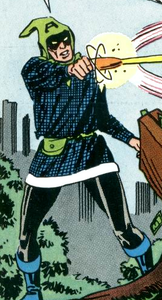 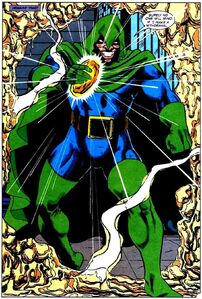 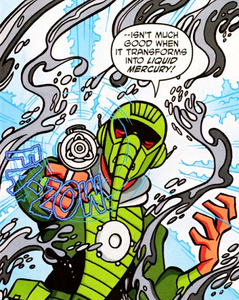 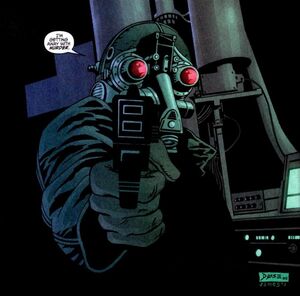 Add a photo to this gallery
Retrieved from "https://villains.fandom.com/wiki/Doctor_Alchemy?oldid=3925374"
Community content is available under CC-BY-SA unless otherwise noted.