Intimidation
Clawed hand(s)
Numerous resources and weapons
Command over M.A.D. agents
Monitor that allows him to see the world without him actually getting up or going outside
Violent temper tantrums
Numerous death traps

Hiding out in his Castle.
Committing crimes.
Stealing money.
Scolding his henchmen.
Abusing his nephew Talon (in the 2015 version).
Kidnapping Penny (even though he does not know that Penny is the real culprit behind his schemes failing and not Gadget).
Spying on the world.
Stroking his pet cat Mad Cat.
Blaming Gadget for his problems.
Vowing vengeance against Gadget and HQ.
Escaping from capture.
Banging his hand on his chair.
Sending his nephew Talon out to do pointless crimes.
Blaming Talon for his failures (even though Talon did warn him about some of them)
Obsessing over Gadget's demise.

Rule the world (both failed).

Dr. George Claw (also known as Sanford Scolex in the first live action film, George Claw in Gadget and the Gadgetinis, and Irving Balonious Claw, Jr. in the 2015 series) is the main antagonist of the Inspector Gadget franchise. He is the unseen crime lord of M.A.D., who is obsessed with destroying the titular main protagonist and taking over the world. His face and full body is never seen throughout any of the franchises, except for his clawed hands, hence his name.

Dr. Claw is much smarter than Inspector Gadget, who is extremely idiotic and gullible, and is unable to identify a disguised criminal as a MAD agent. If it was not for Gadget's dog, Brain (who is often accused by Gadget as either a MAD agent or is just chasing him for carrying information paper that is precious to MAD), and his niece, Penny, then Dr. Claw would have easily succeeded quickly in only one mission, as every episode follows a very similar story, a recurring trait in superhero cartoons.

He runs a criminal syndicate called M.A.D., whose mascot is an evil pet cat named MAD Cat (whom he keeps by his side). His hideout is usually in an old castle first seen in the episode "Winter Olympics". Even though he destroyed his own castle in "Winter Olympics," it is assumed the M.A.D. agents reconstructed it. In "Gadget and the Gadgetinis," Dr. Claw's hideout is a beachside mansion with a fancy futuristic design. Dr. Claw's plans would be foiled in every episode, forcing him to flee in his versatile black and red vehicle called the Clawmobile - also known as the M.A.D. Mobile (which could fire missiles and change into a car, jet, or submarine).

While escaping he would yell his catch phrase: "I'll get you next time, Gadget!... Next time!" —,or some variation, which was followed by MAD Cat's signature yowl and hiss. Even though Dr. Claw has seemingly unlimited resources and riches he still tries to rob banks on occasion, and in one episode he teamed up with his Japanese counterpart, Iji Waruda-san, to steal all the jewelry in the world with Waruda's weapon, the "Fuji Ray". In "Gadget and the Gadgetinis" Dr. Claw states that he hates children and doesn't want his nephew William to stay with him.

In the 2015 TV series that follows the '80s series, it was revealed that Doctor Claw was defeated and frozen in ice where he was kept in cold storage by HQ. This lasted when his nephew, Talon, infiltrated HQ and freed his uncle. After reactivating M.A.D., Doctor Claw often sends Talon and or one of his other M.A.D. Agents to commit a crime. When a crime has been thwarted by Inspector Gadget, Doctor Claw would often blame Talon.

Doctor Claw also has a mother named Mama Claw who would often nag Doctor Claw and Talon into improving their evil ways.

Dr. Claw's face is never revealed in the cartoon nor is it in Inspector Gadget 2. However, when an Inspector Gadget toy line was created, his face was revealed, although when packaged it was covered with a bit of card, so it would be a requirement to buy the toy in order to see his face. In the live action movie, his full appearance is shown and he is portrayed by Rupert Everett. In the live action sequel, based loosely on the first film, he is portrayed by Tony Martin and is partially seen, his face not fully seen. This causes somewhat a continuity problem, as Claw was portrayed to be young in the first Inspector Gadget movie, but middle aged in the second film, despite only taking place not long after the previous film.

The 2001-2005 series shows more of his body, his face still hidden but his shadow shows him having a buzzcut and yellow eyes.

Though his full body is never shown, nor is he seen fighting his victims, he is apparently shown to be an evil, greedy, obsessive and sadistic individual who enjoys watching his prey suffer before getting the killing blow. He outright hates HQ, and seeks to destroy it, just as much as he wishes to destroy Gadget. He is shown to be quite intimidating, as his minions cower whenever he stands up from his chair, as well as quite murderous and ruthless, earning him his fearsome reputation. Even though he has no idea that Penny and Brain were really responsible for his plans failing, he remains intelligent and strategic, as well as manipulative and persuasive, making him a dangerous threat to Metro City despite no one ever seeing his face.

In the 2015 Netflix series, he is more cowardly, pusillanimous, incompetent, bumbling and just as dimwitted as Gadget, and he seems to have lost much of his cruelty. He could have either lost his touch or is out of practice. His ruthlessness is also toned down, making him much more comical rather than menacing, like he was before. While he remains just as cruel and sadistic, he is now much more comedic and silly rather than menacing and murderous, and his plans prove to be rather petty than dangerous. He has a teenage nephew, Talon, just as Gadget has with Penny.

However, unlike Gadget, Claw abuses Talon and routinely yells at and threatens him, even though Talon craves his approval. His defeats are all the more comical, as it usually ends with him blaming or punishing Talon, even though Talon warned him of some of his plans being inadequate, or his own defeats or suffering caused by Talon by payback. 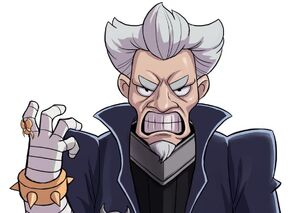 Doctor Claw as he appears in Inspector Gadget's MAD Dash. 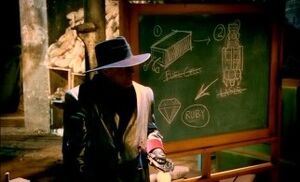 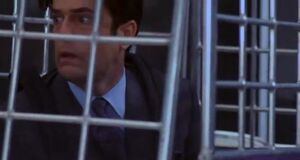 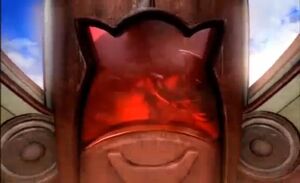 Doctor Claw's defeat in the sequel. 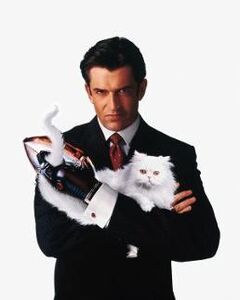 Doctor Claw with his cat. 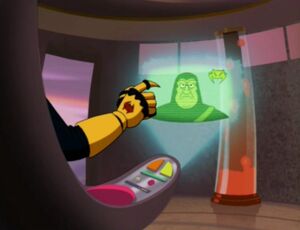 Doctor Claw in Gadget and the Gadgetinis. 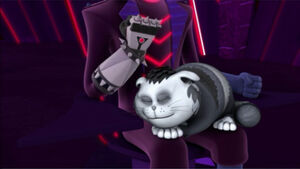 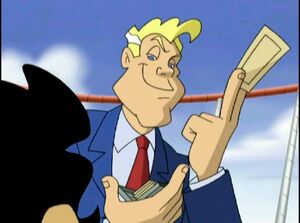 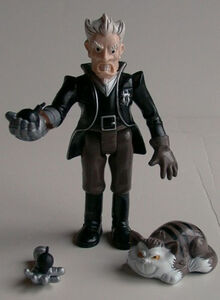 A Doctor Claw figure in which his face and full body is exposed in a toy release. 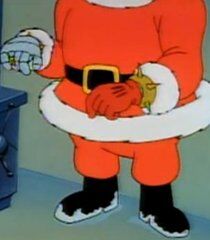 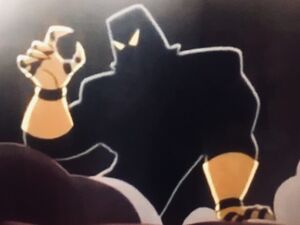