Capture and Kill all Inhumans for project looking glass (succeeded).

The Doctor, or better known by his full name Leopold James Fitz, is the alter-ego of the main protagonist, Leo Fitz from the TV series Marvel's Agents of S.H.I.E.L.D., being the secondary antagonist of the Agents of HYDRA arc of Season 4 and a minor antagonist in both Seasons 5 and 6.

He is the sadistic acting director of HYDRA in the simulated alternate reality known as the Framework, and the lover of its director, Madame Hydra. He was introduced when Fitz was plugged into the simulation, where it revealed what would have become of Fitz if his abusive father, Alistair Fitz, never abandoned him as a child.

He is portrayed by Iain De Caestecker.

When Daisy Johnson, who had entered the Framework (where she goes under the alias Skye) in order to rescue her friends, lost control of an Inhuman, she encountered the Doctor. Once the inhuman was back in custody, The Doctor showed Skye the machine he designed in order to find Inhuman powers without going through Terrigenesis, showing no thought for the agony suffered by the subject, much to Skye's disappointment. When Skye spoke about her concerns about the fact that The Doctor's machine was completely immoral, The Doctor dismissed her critics. Their conversation was stopped by the arrival of Melinda May, who told him that a subversive with a S.H.I.E.L.D. I.D. has been found. The Doctor ordered May to send a team to arrest the subversive. However, the mission failed and The Doctor learned from May that a mole was likely working from within HYDRA. The Doctor, reminding May of what happened during the Cambridge Incident, ordered May to take out the traitor. Later, Fitz visited Madame Hydra in her office. They discussed the presence of dangerous subversives before sharing a kiss.

Madame Hydra then took Leopold to a country, where Dr. Holden Radcliffe was hiding, along with the subversives. After Holden attempts to appeal to The Doctor's humanity, Madame Hydra convinces him to shoot Agnes Kitsworth, Holden's wife and the template for Aida. He then proceeds to sadistically torture "Skye" for information on the mole and the Resistance. After Skye escaped with the help of Melinda May and heavily injured Madame Hydra in the process, The doctor became the head of Hydra. Later Jemma Simmons broke into Alistair's home and tried to use him to lure Leopold to her, hoping to bring back Fitz, old personality. Alistair tried to warn his son and came close to killing Jemma who was forced to shoot him in self defence. The doctor then tried to avenge his death when Skye, Simmons, Coulson and Melinda May tried to escape the Framework but was thrown through the portal by Holden Radcliffe which restored his old personality. 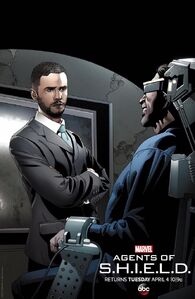 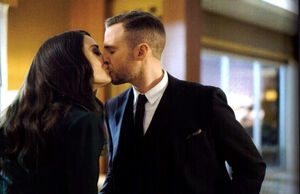 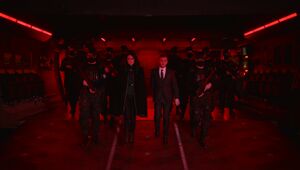 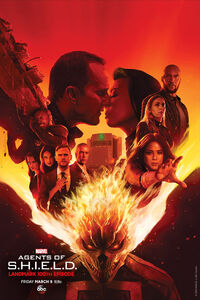 The Doctor featured on the 100th episode anniversary Season 4 poster.