Getting his son to join him.

Conquer Humanity and the Earth

Doctor Man is the supreme ruler of Gear and an inventor who attempted to conquer the entire world. He is the main antagonist of Choudenshi Bioman.

Doctor Man was actually a human named Dr. Hideo Kageyama who had a perfect happy life with wife Setsuko and was just raising a newborn child named Shuichi and eveything was well until he experimented on himself to accelerate his intelligence, only to have his body rapidly age in the process. To maintain his now dying his life, Kageyama converted himself into a cyborg with a deep disgust for humanity, and then was planning to conquer the world with his army of Mecha Clones while remaining alive long enough to find a worthy heir to his empire. Doctor Man started to then invade and attack Earth by sending machines from his base Neograd. This in turn reawakened Pebo and Bio Robo who then founded Bioman to defeat this new mechanical threat. This even lead to death of one of the Bioman. His "son" Prince then came which revealed some of his human nature as he was then wishing to lack these emotions after Prince was revealed as a Mecha Human. Later his son Shuichi comes searching for his father and when Doctor Man as a human and tries to get his son to join him it doesn't work out and the origin of Hideo is revealed to the Bioman and his son. After witnessing this he transforms himself completely into an emotionless Mecha Human going a full turn of who he started as and then ends the rebellion of the Big Three who felt betrayed by having to be led by a human who was their sole creator. Later he uses Anti Bio Particles and seeks it solely to upgrade himself and gear so they can defeat Bioman and conquer Earth. In fact he finds interest in the arrival of Bio Hunter Silva as he brings a Balizon Mecha. Some time after he sacrifices the Big Three to obtain the mecha he craves and he keeps his underlings fighting the Bioman on the machine. Even as Neograd is raided and Professor Shibita and Balizon along with the Big Three are gone the Anti Bio Energy he possesses is used for his own research and he produces a bomb. With his empire dying, he goes and fights the Biomen with King Megas only to be defeated. He activated the Bomb but he ended up stopping it when his son and the Biomen prodded him eventually resulting in his death.

Doctor Man really seemed to be a nice and kind man until life took its effects on him. He loved his wife and his newborn son and didn't havr a grudge against any human being. After his disastrous experiment his sanity degraded and his human empathy did too. He wanted to destroy all of humanity and suddenly began to have thoughts and plans like a machine. He was goin to take out humanity and didn't care who he hurt or killed in the process. Even to the point where he would denote a bomb that would kill millions at most in Japan. Even his son at one point he loved even as Doctor Man was taken away by his own insanity and fanatical goals. He has a sad story from a nice man to an emotionless cyborg hellbent to destroy and send humanity to its doom. It should also be mentioned that he is a nihilist after his accident and could care less when he finally dies.

Doctor Man obviously has a high intellect. The man was easily able to set up the experiment that transformed him into the cyborg he then became and this ability didn't just stop. As Doctor Man he was able to lead Gear coming up with strategic plans to kill them and destroy humanity. His only problem is that he made mistakes and his insanity made by the Failed experiment itself led to that. He cared less about the Big Three and when they died at Neograd he lost a valuable fighting force but still went on with his plan. This led to his death when facing the Bioman at his deathbed. In addition to that he has some leadership capabilities to lead Gear but has faced some rebellions with the Big Three so it shows he isn't perfect. He is unstable in both of what he knows and thus he keeps losing in life.

Doctor Man before his experiment.

Doctor Man after his experiment. 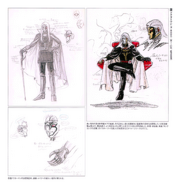 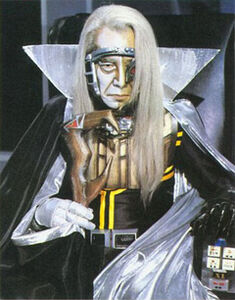 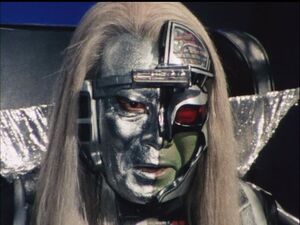 Retrieved from "https://villains.fandom.com/wiki/Doctor_Man?oldid=4049326"
Community content is available under CC-BY-SA unless otherwise noted.