Villains Wiki
Register
Don't have an account?
Sign In
Advertisement
in: Doctors and Scientists, Mastermind, Spider-Man Villains,
and 74 more

Destroy SHIELD.
Take over the world with his Venom-like creatures that he wants to create from Spider-Man's blood.

He was voiced by Tom Kenny who also voices Spongebob Squarepants from the series of the same name and Mumbo Jumbo from Teen Titans.

In Ultimate Spider-Man, he is the partner of Norman Osborn and they are working together against Spider-Man and want to take his blood and create an entire army of Venom creatures and to take over the entire world. He is hiding in his secret hidden lab where he controls his plans from his lab and talks with Osborn.

Dr. Otto Octavius was friends with Doctor Curt Connors at college, then started working for Oscorp. Doctor Octavius was later involed in a lab accident which caused him breathing problems. Fortunately, Osborn funded technology to let Octavius breath through other ways and Octavius started serving Norman since that day.

Norman Osborn then ordered Octavius to get a sample of Spider-man so he could create an army of genetically enhanced spider-soldiers. Octavius hired the Frightful Four to do the job for him but were ultimately defeated by Spider-man, he was then scolded by Osborn for his failure. Octavius then returned after sending an Octo-bot to retrieve a sample of Spider-man's blood. Otto later used this sample to create a symbiote, however the symbiote escaped and headed towards Spider-man. After Spider-man and his team mates seemingly destroyed the symbiote, Osborn the ordered Octavius to create a newer and more stronger version.

Otto then assigned Taskmaster to find Spider-Man and bring him back to him. When Taskmaster came back from his failed mission, Otto went into a violent destructive rage.

Otto later knowing that Harry Osborn is Venom hid this information from his employer Norman Osborn.

Otto is a completely treacherous, arrogant, cynical, and sadistic individual, primarily seeking none other than to kill Spider-Man and to then to gain enough power to take over the world. He is also greatly vengeful and obsessive, holding unhealthy grudges and hate-filled spite over Spider-Man and his friends, and is just as destructive and callous towards his experiments, not even caring that some of them are technically just children, and treating them as property that have no value other than to serve as his slaves or killers. Not only does Spider-Man the victim of his obsessive hatred, but he also deeply despises his former boss and lab partner, Norman Osborn, due to the years of abuse and being treated as a slave for no end, and making him slave away at his genetic experiments, particularly the Spider Soldiers. This was exacerbated when Osborn finally had enough of his failures, and tried to kill him by destroying his underwater lab with him in it, only for Ock to fortunately survive. He also seems hold a loathing respect for Spidey and his allies, no spite of his arrogance, though that doesn't seem to change the fact that he is relentless in trying to defeat or kill his enemies however he could.

Presumably because of his abuse from Osborn, he seemed incapable of feeling love, pity, or remorse towards anyone or anything. This is infamously shown in Ultimate Spider-Man vs. the Sinister 6, with his clone the Scarlet Spider, as he claimed that he is nothing but a servant to him, and that he is to obey his every will as Ock pleases. When he revealed that Scarlet is the traitor in S.H.I.E.L.D. Academy, and after learning of Spider-Man's secret identity, he sadistically taunts and tortures him by beating him repeatedly and sending Scarlet over to his Aunt May's house to kill his loved ones there. Later, he beat Spidey to near death, and when Spidey asks him if he ever cares about anyone, Ock cruelly answers that he does not care about anyone, saying that he "has the discipline and setting of the mind to not be bogged down by petty emotions".

In spite of his heartlessness, he is not entirely evil, even though the majority of the episodes with him in it show him crossing the Moral Event Horizon. This is especially true when afte he used the nanites to repair his body completely, he finally saw the error of his ways thanks to Spidey, and even helped the heroes out in repairing the mansion that he blew up as part of his plan, and volunteered to help Iron Man out in the end.

Otto posses a suit that allows him to breath normally since the accident.

If the suit's holes were to be covered, then he would suffer from lack of oxygen.

Doctor Octopus has a short height and is very pale and also hunchbacked. He has long black wet hair and wears red goggles. He wears a grey scientist suit, around his stomach he wears a mechanical device, which enables him to breathe, with four octopus arms attached to it.

Before the accident, Otto Octavius was handsome once.

When he was captured by Norman Osborn again, he was bald and his tentacles were removed. He also had a new pair of goggles, which are silver in color with thin red lenses.

Later on, his hair grew back and he had his tentacles again, but still has his current goggles. 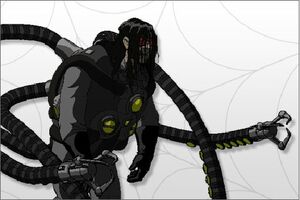 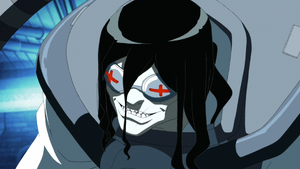 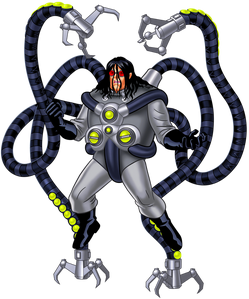 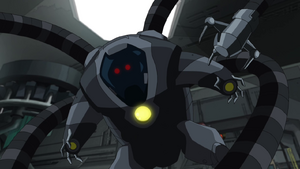 Octavius as the Iron Octopus 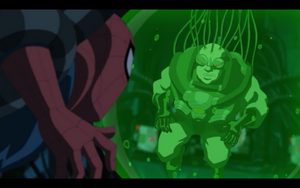 Octavius' after being captured again by Norman Osborn 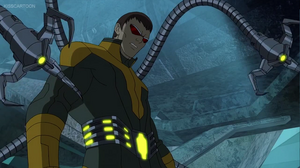 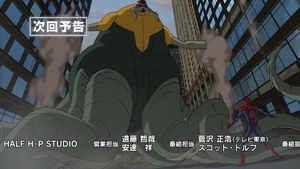 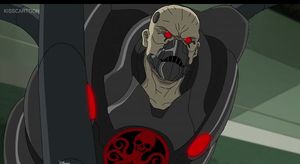 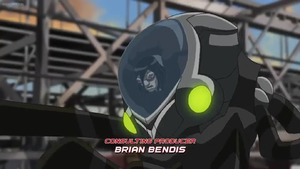 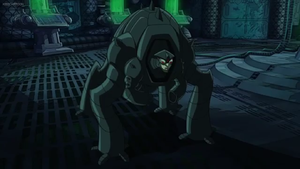 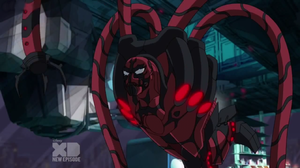 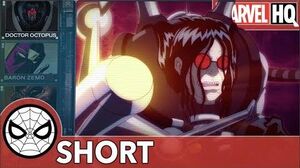 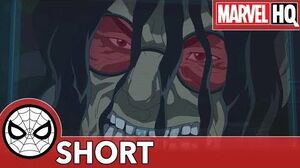 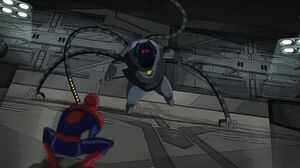 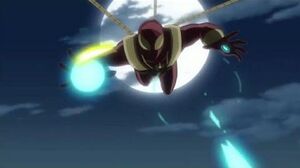 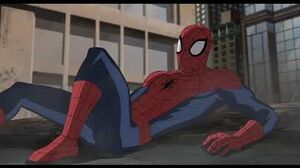