NOTE: This article is about the incarnation of Doctor Octopus from the Sam Raimi trilogy. The mainstream version can be found here: Doctor Octopus.

Kill MJ (formerly).
Use more tritium in his fusion reactor in order to prove that he can control over the enormous power of the sun (formerly; all failed).
Destroy the fusion reactor machine as a final act of redemption for his crimes and the death of his wife Rosalie (succeeded).

Otto Octavius, later called Doctor Octopus, is the main antagonist of the 2004 film Spider-Man 2 and will return in some capacity in the upcoming 2021 Marvel Cinematic Universe film Spider-Man: No Way Home.

He was a scientist who became possessed by his malevolent mechanical arms after an experiment with his fusion reactor funded by Harry Osborn went horribly wrong. From there, Otto turned into a dangerous super villain and the former second archenemy of Spider-Man.

He was portrayed by Alfred Molina, who also played Satipo in Raiders of the Lost Ark, Reverend Leland Drury in White Fang 2: Myth of the White Wolf, Snidely Whiplash in Dudley Do-Right, Johann Tetzel in Luther, Bishop Manuel Aringarosa in The Da Vinci Code, Professor Jeffries in Chill Out, Scooby-Doo!, Maxim Horvath in The Sorcerer's Apprentice, Ke-Pa in Kung Fu Panda: Legends of Awesomeness, Destiny in Justice League Dark, Viggo Grimborn in Race to the Edge, Lasombra in Hey Arnold!: The Jungle Movie, Mr. Freeze in Harley Quinn and The Duke in Solar Opposites.

Otto Octavius is a scientist by profession who studied science together with Curt Connors. It was at university that he met his future wife Rosalie who was studying English Literature at the same time.

Otto dedicates his life towards researching and building a sustainable fusion power reactor with his wife's help. He finds funding for his project from Oscorp under the leadership of it's new head of research development, Harry Osborn.

Harry also introduces Otto to Peter Parker who was writing a paper on him for a university class, ironically taught by his colleague Dr. Curt Connors.

To help him perform a sustained fusion experiment, Octavius developed a set of artificially intelligent mechanical arms, which are impervious to heat and magnetism.

Though the experiment overloads and becomes unstable, Octavius refuses to halt it, with devastating results: his wife is killed; the neural inhibitor chip which prevented the advanced AI of the arms from influencing Octavius's own mind is destroyed, and the arms are fused to his spine.

Unconscious, he is taken to a hospital to have the appendages removed, but the tentacles develop their own ability to move at will and brutally kill the surgeons, and Octavius escapes and hides out in an abandoned warehouse by the waterfront. Octavius' failed experiment left Oscorp bankrupt causing Harry much anger.

At the Bugle, Hoffman and J. Jonah Jameson discuss what to name him. Hoffman suggests "Doctor Octopus" which Jameson thinks is crap. He then suggests "Science Squid" which J.J also thinks is crap. Hoffman finally suggests the name "Doctor Strange" which J.J thinks is good, but is already taken. J.J finally settles on Hoffman's original idea (which he takes credit for himself) and decides to name him "Doctor Octopus" or "Doc Ock" for short.

At the warehouse, Octavius laments on the death of his wife. Uncontrolled, the tentacles begin corrupt Octavius' mind, playing on his vanity and ego, and he decides he must complete his experiment at any cost.

As Peter and his aunt are discussing with an accountant at a bank, Octavius, wanting to rob the bank for money to fund his experiments, arrives at the place, wearing a long brown leather duster; exposing his tentacles and ripping off the vault door. When security guards attempt to stop him, he simply throws them out of his way and starts collecting all the money. Peter then changes into Spider-Man and attempts to stop Octavius. After a short glitch in his powers, Spider-Man manages to recover and soon the two take their fight outside the bank, but Doc Ock takes Aunt May hostage. After Spider-Man rescues her, she revises her former opinion of him and realizes that he is a hero. Octavius escapes unscathed.

After acquiring funds from his bank robbery, Doctor Octopus has completed rebuilding his fusion reactor, but is still in need one final item: the tritium which fuels the reactor. He goes to Harry Osborn's penthouse for it, where Harry calls Octavius a hack. After threateningly dangling him over the edge of the Osborn mansion balcony Harry proposes a deal. Harry agrees to give Octavius all the tritium he needs in exchange for capturing Spider-Man and bringing him back to him alive. He tells Doctor Octopus that Peter will tell him how to find him, but urges him not to harm Peter.

Doctor Octopus destroys a coffee shop where Peter and Mary Jane Watson were meeting. Peter, through his spider-sense throws Mary Jane and himself out of the way of a thrown taxi, but Doctor Octopus abducts Mary Jane and tells Peter to tell Spider-Man to meet him at the West Side Market Clock Tower at 3 O'clock or he'll kill MJ.

Spider-Man arrives at the clock tower and demands to know MJ's whereabouts. He then engages Doctor Octopus in a battle, which starts off at the top of the tower and then they battle down on top of a train. During the battle, Octavius destroys the brakes of the train, forcing Spider-Man to rescue the runaway train so he can escape.

Spider-Man manages to stop the train before it can plunge over the end of the track, but at great physical exertion. He nearly falls, but the people in the train catch him and pull him up. Doctor Octopus arrives and the passengers defend Spider-Man, but his mechanical arms are too powerful for them. Doctor Octopus captures Spider-Man and delivers him to Harry as arranged. He then takes the tritium for his own. Spider-Man awakens and convinces Harry to reveal Octavius' whereabouts so he can rescue Mary Jane, learning that Octavius is rebuilding his machine and threatening the world.

Spider-Man finds Doctor Octopus in an abandoned warehouse on the waterfront, where he's restarted his fusion experiment. After battling with Doctor Octopus, Spider-Man manages to stun him with an electric shock. Peter then reveals his true identity to Octavius and pleads with him to stop the machine. Returned to his senses by the shock and determined to end his doomsday experiment before it causes more harm, Octavius uses his mechanical tentacles to collapse the floor of the building, successfully drowning the fusion device at the cost of his own life. He drowns in the river along with the fusion core, whilst the river water also shuts down the tentacles and the manipulative advanced AI that corrupted Octavius' mind that played on his vanity and ego all along.

While he isn't generally a malicious person when things go his way and primarily motivated by noble intentions, Doctor Octopus had all the classical traits of a narcissist: delusions of grandeur, an unhealthy obsession with success, and an inability to take any form of criticism even before his incident. Like any narcissist, he refused to come to terms with his own mistakes and shifted all his problems onto Spider-Man, and was hell-bent on recycling failed ideas under the logic they were tampered with by others rather than being flawed to begin with. He is, however, very charismatic and suave, rarely losing his temper and remaining perpetually friendly and cheerful, even in the face of his opponents. He has somewhat right-wing tendencies and values productivity. However, his desire for praise was overcome with the power of guilt and remorse, exhibited upon his failed iniital experiment, and further demonstrated in his last showdown with Spider-Man. There, he finally realized the value of the city's life outweighed his own glory and even his own life.

Production of the character

David Duchovny, Liev Schreiber, Robert De Niro, Sam Neill, Ed Harris, and Chris Cooper were all considered for the role of Doctor Octopus, but ultimately role went to Alfred Molina. Apparently Sam Raimi decided to cast Alfred Molina as Octavius after his wife watched the film Frida which Molina had starred in. Molina was a huge fan of the Marvel Comics since childhood. Cooper would later be cast as Norman Osborn in 2014's The Amazing Spider-Man 2. 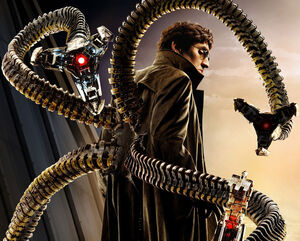 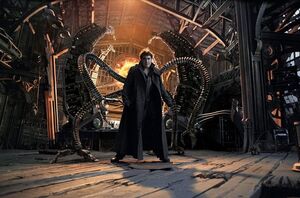 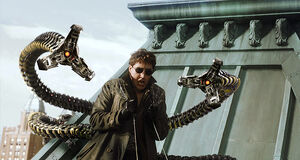 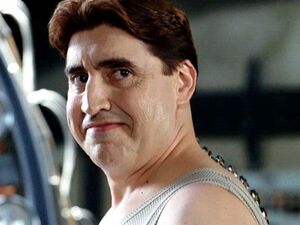 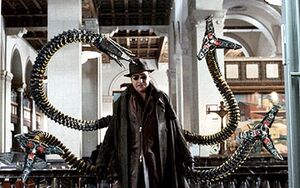 Doctor Octopus at the bank. 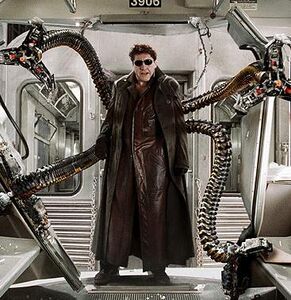 Doctor Octopus on the train. 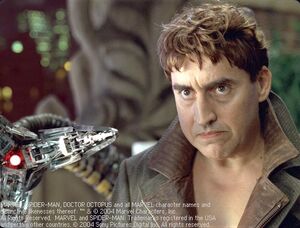 Doctor Octopus without his glasses. 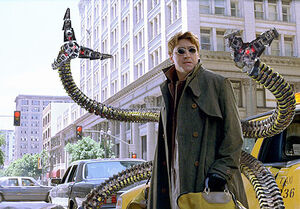 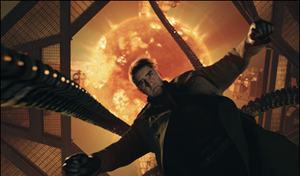 He drowns in the river along with the fusion core; before his death 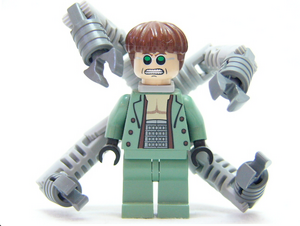 LEGO Doctor Octopus minifigure
Add a photo to this gallery 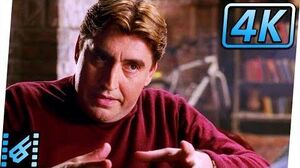 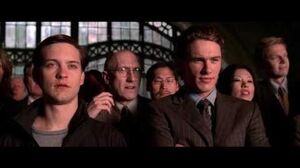 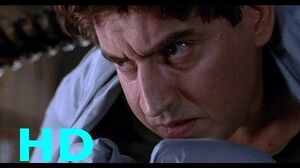 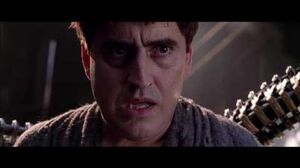 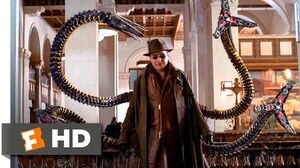 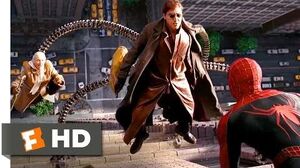 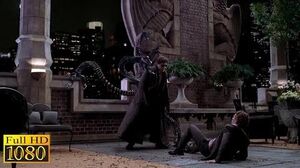 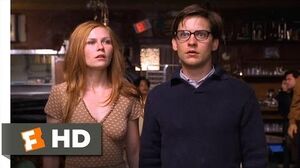 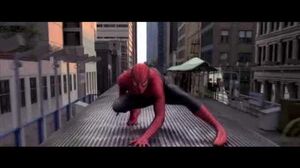 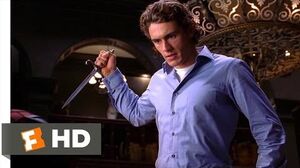 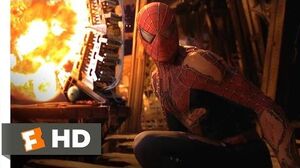 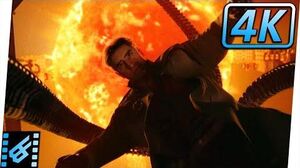 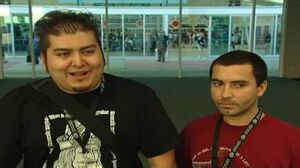 Retrieved from "https://villains.fandom.com/wiki/Doctor_Octopus_(Spider-Man_Films)?oldid=4350128"
Community content is available under CC-BY-SA unless otherwise noted.