Attack the United States with her poison chemicals (successful)

Doctor Poison is a vileness in the DC Universe. She is an alias taken on by two women of the Maru family (Princess Mary & Marina Maru). As Doctor Poison, she works to create toxic chemicals to kill her enemies, as well as enhancements to assist her allies. She is an enemy of Wonder Woman.

Maru escaped a year later. Maru continued her experiments and eventually fabricated a new gas which stopped the engines of US airplanes. She was again taken down by Wonder Woman and this time, Maru was imprisoned on the Amazon penal colony Transformation Island. Maru later appeared as a member of Villainy Inc, together with Eviless, Giganta, Queen Clea, Byrna Brilyant, Hypnota, Zara and Cheetah. The eight women were defeated by Wonder Woman once again.

It was revealed that later on, Maru accidentally used the Reverso drug on herself. She became too young too fast, forgetting the antidote, and died after becoming a fetus.

Now that her grandmother was dead, Miranda Maru she appears in the league with Devastation. Marina knew all about her grandmother, and even about her demise. She and other villains were sent to get a sacred object from the Secret Six. This Doctor Poison was also invited into the Secret Society of Super Villains, which she joined. She joined the ranks other the other scientists on the team. Her first objective was to retrieve soil from areas that had mass genocide committed at them. Adding these to her others helped her to create the villain known as Genocide.

In the DC Rebirth, Maru's history was changed. In this reality, she is called Colonel Marina Maru. She works for an organization known as "Poison", which was founded by her family. While Wonder Woman was in America, they discovered a poor few who had fallen victim to Maru's "Maru Virus". This caused them to go into turn into feral aggressive beasts bent on murder.

This Doctor Poison resurfaces after Wonder Woman figured out that she had been living a lie for ten years. Maru was sent to attack the Amazon under the orders of Veronica Cale. She also plays a minor role among other villains when the Riddler had called upon them for a meeting. She mentions a rumor about Wonder Woman.

This version of Doctor Poison first appeared in Wonder Woman Vol 4 #48. Although her first name is unknown, her last name is still Maru. However, she is not a Japanese princess but a Russian toxocologist. Her parents were killed by the Russian government after allegedly cooperating with the Americans to produce a chemical weapon. In fact, her parents had refused to build the weapon for the Americans. Maru made it her goal to fulfil her parents' poison bomb to use it against the Americans. However, her plans are foiled by Wonder Woman who is informed by a scientist Maru captured for her plans. Although Maru was arrested, she was able to flee from the prison van.

As far as super-powers go, Princess Maru has non. However; she has much expertise when it comes to poisonous chemicals and sometimes diseases. She both creates her own chemicals and then uses them in combat, doing so in multiple different ways. She can distribute it through a hands-on injection or she can use it as gas.

She has been seen on multiple occasions to make other gasses/toxins that increase her colleagues strength.

In her adaptions, her main form of combat is physically attacking her enemies with her poison and sometimes throwing it while it's incased in a vile.

Doctor Poison appears as a supporting antagonist in the 2017 film Wonder Woman. She is an ally of General Erich Ludendorff and is experimenting to create a gas weapon with which to win World War I. She is used as a symbol at the end of the movie to show that humanity is weak.

Batman:The Brave and the Bold

Doctor Poison makes a cameo in "Batman:The Brave and the Bold", as a bartender in the episode "Joker: The Vile and Villainous".

Dr. Poison played a role as a major antagonist in the animated film: "Wonder Woman: Bloodiness". She came with Medusa to the Amazon to take their technology, but she was soon betrayed. She offered to make Medusa stronger, but she instead turned the doctor to stone.

Doctor Poison is a playable character in DC Legends. She is able to use weapons that involve poison, such as syringes. She has a similar appearance to the way she did in the movie.

Doctor Poison is a playable character in Lego DC-Super Villains. She has the ability to throw bottles of poison. 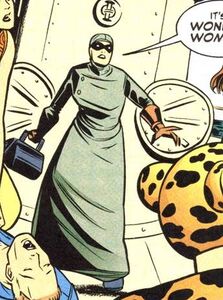 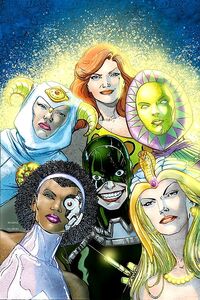 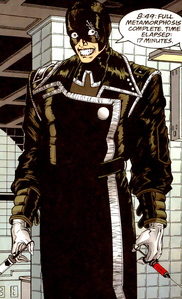 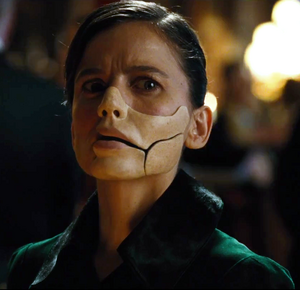 Doctor Poison as portrayed in the Wonder Woman Cinematic film. 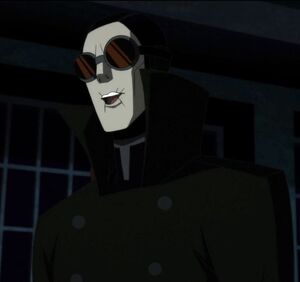 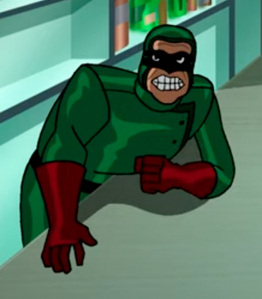 Doctor Poison in Batman: The Brave and the Bold. 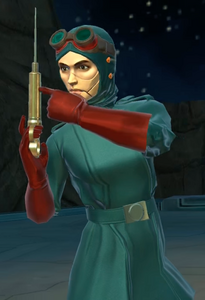 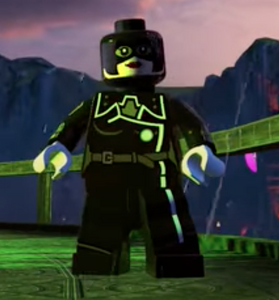