Doctor Spectrum (Bill) is an alien superhero/ former villain up until the Power Prism takes his place and leaves him. Doctor Spectrum is voiced by Phil LaMarr who also voiced Green Lantern (John Stewart) in Justice League Unlimited

Doctor Spectrum is an alien from a distant world where they where team of heroes similar to the Avengers called the Squadron Supreme. The people of their world feared their power and turned against them. As a final solution Hyperion destroys his home planet along with his team on it, escaping into space in his Citadel.

Using the Reality Gem, Dr. Spectrum alters reality so the Avengers are all supervillains the Avengers Tower is headquarters of the Squadron as well as them being branded superheroes. Due to a spike in energy, Iron Man sees the real reality, however, Iron Man with him thinking that they were once a team of supervillains that were strong enough to fight the Squadron reunited in an attempt to defeat them until Captain shows them the real reality. However, Spectrum has created a machine that will give him complete control over reality, and plans to alter history so the Avengers were never born. Captain is able to get a hold of the stone and revert reality back to normal. The Squadron leaves with Nighthawk activating charges placed at the base of Avengers tower. The Avengers manage to prevent the structure from falling onto New York in time for J.A.R.V.I.S. to activate the repair systems.

While the Avengers were on a search for the Squadron Supreme it was revealed that Spectrum was forced to destroy his planet due to in part by Hyperion, Nighthawk, and the Power Prism. The Power Prism soon later leaves Doctor Spectrum (Bill) and appears in front of Nighthawk talking to him about finding a new host and Nighthawk says that he no longer needs one thus transforming into energy being that resembles a lot like the original Doctor Spectrum. It is later shown that Doctor Spectrum now known as Bill only, is recruited as a scientist by S.H.I.E.L.D. to help them through their space explorations. 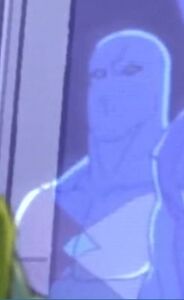 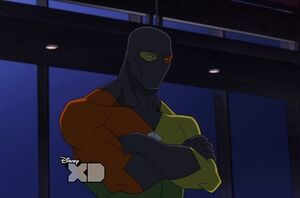 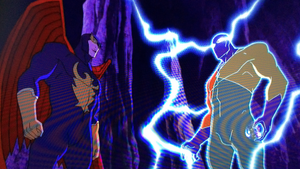 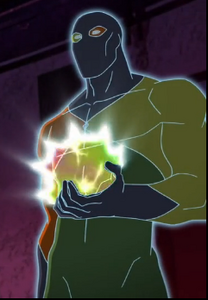 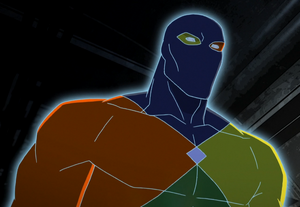 Retrieved from "https://villains.fandom.com/wiki/Doctor_Spectrum_(2010_Marvel_Animated_Universe)?oldid=3555664"
Community content is available under CC-BY-SA unless otherwise noted.