Staging accidents for him to avoid.

To claim Griffin Rock for his own needs.

Egotistical Mastermind
Doctor Thaddeus Morocco is the main antagonist of Transformers: Rescue Bots series. He is a mad scientist who is more interested in wealth than in helping others, and has manipulated events from behind the scenes to make sure he comes out on top.

He was voiced by Tim Curry, who also portrayed Ben Ravencroft, It in Stephen King's It, the Goblin King in Scooby-Doo! and the Goblin King, Hexxus, Maestro Forte, Kilokahn, Drake in The Pebble and the Penguin, General Von Talon, Dr. Frank-N-Furter, Professor Calamitous, Taurus Bulba, Darth Sidious (in Clone Wars), and El Malefico. From Season 2 onwards, Jonny Rees took the role after Curry suffered a stroke in 2012.

Born sometime in the 19th century, Morocco made his career in science by stealing the work of others, including an incredible cellular regeneration chamber that he used to artificially extend his life by rejuvenating his body periodically up until the series.

In 1939, he became a member of the scientific community in Griffin Rock, and was involved in creating the time machine, but the project was dropped due to a lack of power source strong enough to power the machine. However, he soon witnessed the arrival of several Rescue Bots who traveled back in time, and believes that their powers and abilities can be put to good use for his own purposes.

In the present, Dr. Morocco became bent on either discrediting or destroying the Rescue Bots, and to do so, he would to have engineer a series of incidents that would give him an opportunity to be in the top, such as: infecting the town's mainframes with a virus and and framing Doc Greene, resulting the latter to be fired and for Morocco to be appointed as the new lead scientist. Another example was when he used a stolen weather machine to have everyone evacuate the island, allowing him to figure out about the Rescue Bot's origins as Autobots. He also created his own line of robots called MorBots, designed to have the Rescue-Bots' capabilities and to serve their master. However, the Rescue Bots and their friends managed to thwart him, though he escapes every time until one day, he was forced to surrender by the Autobot High Tide, who had him imprisoned. Morocco attempted to escape, but his best friend Jules Verne takes him to the future, where Jules erases Morocco's memory before showing him around in future Paris. 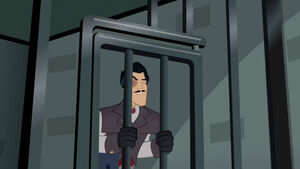 Doctor Morocco is now in jail. 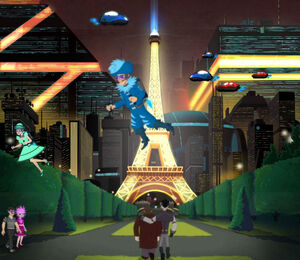 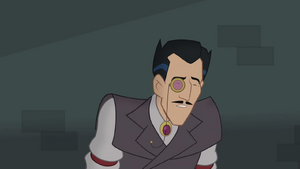 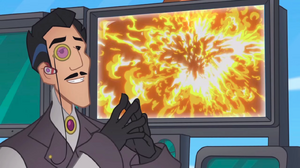