Various dimensions depending on members

Each members/species have their own agendas.

The Cynocephali or Dog-Headed Men are humanoids with the heads of dogs have been reported since ancient times.

Cynocephali were supposed to be a race living in Africa, who cannibalized humans. But seeing such beings in modern times would seem incredible, yet there have been increasing reports of these creatures. Most sightings occur at night, though some have happened during daylight hours.

Bizarrely, some have reported the men indifferently walking along main roads, attired normally, except they have the head of a dog. Most witnesses insist the head is too real in appearance and lifelike motion to be a mask.

Some reports have been more sinister, where the creature has been caught unawares lurking around at night, near woods or the darkness of a backyard. One night-time jogger reported that a dog-headed man kept pace with him as he ran across a field, staying alongside until the petrified man finally made it to his well-lit doorway.

There was one report of a DHM seen through a window from outside a house, lurking towards the kitchen. Other cases describe DHM’s who stand outside at night and look in through windows. 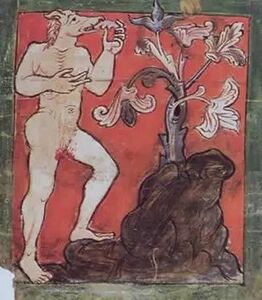