Doktor G is an executive of Destron and a major antagonist Kamen Rider V3. He is the first Destron general to confront V3, being summoned to command Destron's Mechanical Army. He has the power to assume the Inhumanoid form Kani Laser.

He is portrayed by Jotaro Senba. His Kani Laser form is voiced by Ritsuo Sawa.

Coming from Germany, Doktor G arrived in Japan after he was contacted by Great Leader of Destron who gave him orders to oversee their operations and to defeat Kamen Rider V3, Shiro Kazami.

Doktor G was responsible for the resurrection of Shocker's key figures (Colonel Zol, Doctor Shinigami, Ambassador Hell, and General Black) to carry out an attack on Tokyo.

After numerous failures, Doktor G summoned the spirits of his dead, evil warriors to transform him into Crab Laser for his final battle with Kamen Rider V3. Despite putting up a good fight, he was destroyed by V3's V3 Tailspin Return Kick.

After so many of his plans were thwarted by V3 and his laboratory was destroyed by a special Interpol group known as the "Destron hunters." He personally confronted the hunters and killed them all (except for Ken Sakuma who was saved by V3).

Doktor G set a trap for V3 as an act of redemption for his failure as a Destron Commander, he kidnapped Tōbei Tachibana and the members of the Kamen Rider Scouts to lure V3. Doktor G summoned the spirits of his dead, evil warriors to transform him into Crab Laser for his final battle with Kamen Rider V3. Despite putting up a heroic battle, he was destroyed by V3's V3 Tailspin Return Kick.

Narutaki disguised himself as Doktor G to become a general of the revived Dai-Shocker under its figurehead leader Tsukasa Kadoya/Kamen Rider Decade, which was formed for the expressed goal of defeating Dai-Zangyack and its leader, Emperor Marvelous, formerly Gokai Red and the leader of the Kaizoku Sentai Gokaiger.

Narutaki's guise was later lifted after his New Kani Laser form was defeated by Decade in the final battle with the borrowed powers of the Goseigers, prompting Narutaki to quickly flee. 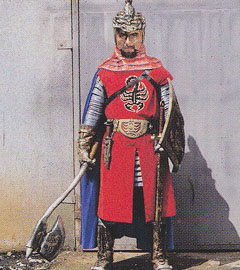 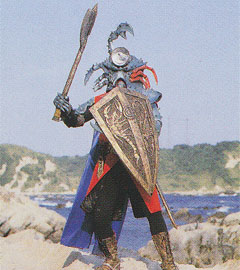 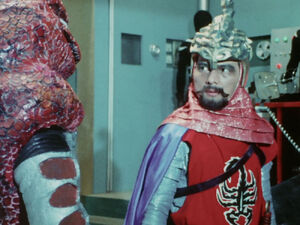 Doktor G with one of his Inhumanoids. 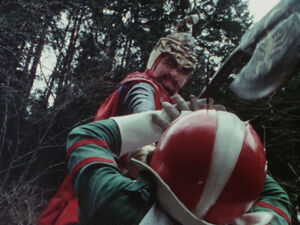 Doktor G swinging his ax down at V3. 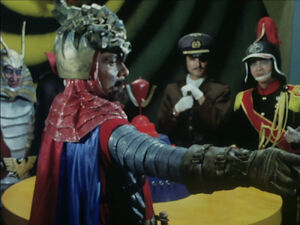 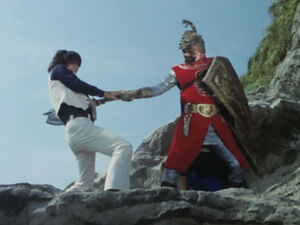 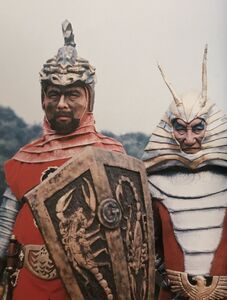 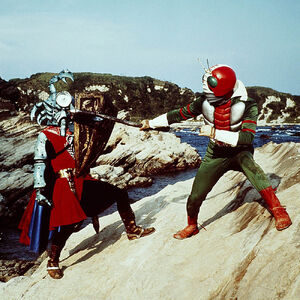 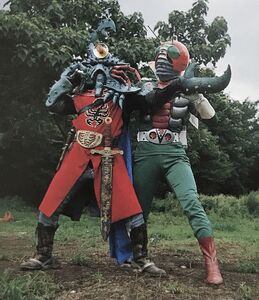 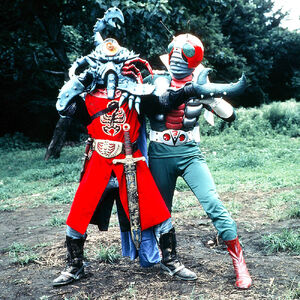 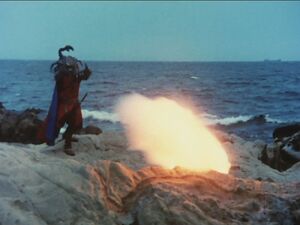 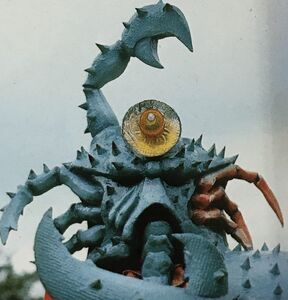 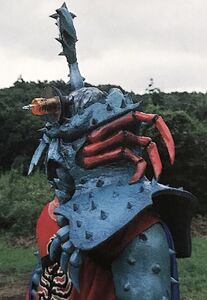 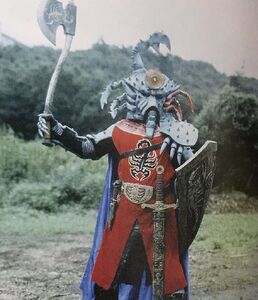 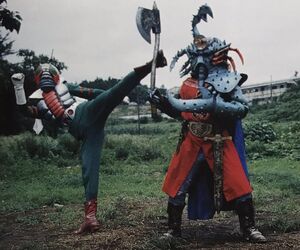