Blaming herself for her fate and punishing those who hurt others

Be free of her mask (formerly)

Dollface is the driver of the vehicle Darkside in Twisted Metal: Black and its unfinished sequel Twisted Metal: Lost. She is a young woman whose real name and age are unknown to the public with the only thing known is that after making a mistake was locked in her metal doll like mask.

She was voiced by Maria Brady.

Not much is known of Dollface's previous life before the competition except that she grew up in a dysfunctional family and lost her mother at an early age. As a result her father became even more distant and made it clear to her that he blamed her for his misfortunes to where she'd occasionally hear him mutter that it was all her fault. Eventually she was able to go to college and right after that apparently worked for a man named Mr. Kreel as his assistant or secretary. One day Dollface accidentally spilled coffee on some important documents, enraged by the mistake Mr. Kreel in a fit of rage took some spare parts and created her mask. Nailing down the mask to her face he created a special key so it never could come off. Not long after Dollface either willingly went or was forcibly committed to Blackfield Asylum.

After seven years in the mask and Blackfield Asylum, Calypso comes to offer her a chance to be free stating if she won he'd gladly give her key after showing her that he did indeed have it. While Dollface does accept his offer she questions if she deserves to be free. In her ending she is offered the key but if she takes it Mr. Kreel will be killed via an Iron Maiden trap. As Dollface takes a moment she admits had Mr. Kreel simply been nice to her then likely she wouldn't take it before taking the key thus killing Mr. Kreel. After finally having the key Dollface decides she does not need it anymore preferring her mask over her original face. As she leaves she vows to punish those who harm the innocent.

Dollface is portrayed as a rather insecure young woman who initially blames herself for the mask being placed on her. However, she eventually realized after defeating Minion that it wasn't her fault and seems to have developed a darker view of humanity believing not many people or any were completely innocent due to the mistreatment she has always suffered. That said she does make it clear she hates needless killing and violence towards the weak and innocent. In fact, her ending indicates she plans to become a vigilante who will kill those who harm the innocent. 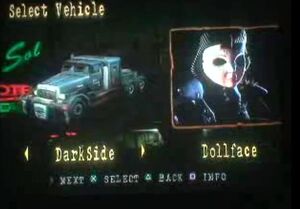 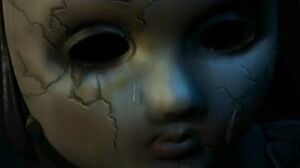 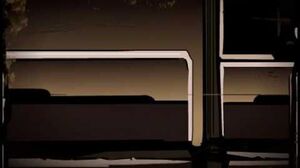 Dollface on the Heroes Wiki.