Kill and attack people who dare to either harm innocent children or committing other crime in their owners' house.

Dolls are the titular anti-villains from the 1987 Italian-American horror fantasy film with the same name, and major antagonists of its 2019 adaptation.

The titular dolls are a mixture of (implied) disguised familiar fairies of Hartwicke couple Gabriel and Hilary and wicked people who were cursed into living dolls for their crimes, from being abusive towards their family to committing unforgivable atrocities, particularly ruining innocence and childhood in everyone with no hesitation, fear, or remorse. While they outwardly resemble ordinary dolls, their true form is a dessicated, mummy-like gray-skinned humanoid creature encased within their doll form like some sort of cloth or armor.

While they outwardly aggressive and antagonistic towards those who stayed in their masters' home, Gabriel made it clear that the ordeal they subjected to their guests is part of a test to see whether they can be humbled and able to see errors in their way. True to this, they target those who have malice in their hearts and will only use brute force in self-defense, but otherwise protective to children. Their attack on Ralph on the other hand, is because they mistaken him bearing ill-intention towards Judy which only worsened by him attacking them in fear until Judy pleaded them all to stop. Should their target proved to be unrepentant monsters, the dolls will curse him/her into very thing he/she despised, subjecting them into a half-life and forced to attack those who committed similar crimes with theirs in their vicinity for life as a karmic punishment.

One night, Judy, alongside her selfish, uncaring father, David and her rich, callous, arrogant stepmother Rosemary, are arrived at Hartwicke mansion and allowed to stay until the storm receded. They soon followed by British punk rocker hitchhikers Isabel and Enid alongside Ralph, who also allowed to stay. With exception of Judy and Ralph, the rest of the guests have evil intentions stored for the others and Hartwicke couple.

Later on the same night, Isabel decided to carry her own evil plan to steal Ralph's wallet and car along with the Hartwickes' antiques despite Enid only wanted to get through the night. While in the middle of carrying out her act, Isabel is busted by the dolls who attacked her and dragged her away with Judy witnessed the whole thing. Ralph initially not taking what she just saw seriously until noticing blood in her slippers, prompting him to accompany her to warn the others. The dolls, suspicious with Ralph's motives, caused him to trip and fall downstairs with one of them marked the young man by biting him, a bite which Ralph dismissed as a rat.

Arriving at David and Rosemary's roomroom, the two tried to warn them along with Enid, only for their account fell into deaf ears. To add insult to injury, Enid wrongfully accused Ralph as a pedophile, causing the saddened Judy to run off with her father behind her. Stumbling upon Gabriel as he looking for Judy, Ralph is told by the old man that the supposed blood on Judy's slippers is actually a spilled paint. Satisfied, Ralph continues his search and find Judy. The young man remains skeptical with her accounts until Judy's new doll, Mr. Punch, suddenly speaks.

Meanwhile, the dolls ambushed and attacked Rosamery upon sensing malice in her heart, culminating to them tricked her jumping out of the window to her death. Discovering that her step-husband David shares similar darkness in his heart, the dolls schemed a plan to torment him to unveil his true color by secretly bringing her dead body back to her and David's bedroom and cover it with a sheet.

Worried about Isabel's well-being, Enid sets out to look for her only to see her transforming into a doll, but still able to attempt to warn her to "go back". Resisting her transformation, Isabel tried to attack the doll, unveiling their true, humanoid mummy-like form within their beautiful husks before is eventually shot to death by toy soldiers. Enid soon meets the same fate as with his partner.

Reflecting on latest events, Judy and Ralph stumble upon a locked room which unlocks itself before them. Venturing inside, Ralph unintentionally triggers a trap which provokes the dolls within to attack, and the young man make the situation worse by resisting their assaults. Only after Judy begged everyone to stop that the dolls stand down and spared the two, realizing innocence other guests lacked in their hearts.

Finding his step-wife dead, David sets out to kill Ralph who assumed him to be responsible. Encountering Ralph and Judy at the workshop, he dismissed their claims and attacks, knocking out Ralph before going to attack Judy as well. Just then, the dolls come to their rescue with some dragged Judy and Ralph to safety while the rest holding David off. Unfortunately, despite their sheer numbers, the insane man proved too much for them to handle until Gabriel and his wife steps into the fight and painfully turned him into the very thing he despised; the dolls and children's innocence. As David undergoes a painful transformation, Hartwicke couple added that the bitterness adults feel can turn to love if they surrender to the goodwill that toys provide. True to this, David's cursed form is later given to Judy to mend her childhood as she and Ralph leave on the next day.

By the end of the film, the dolls' duty to test troubled individuals continues, with another car with another family with a set of obnoxious parents suddenly arrives, and their car gets stuck in a mud hole yards from the mansion. 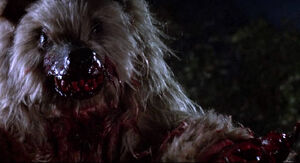 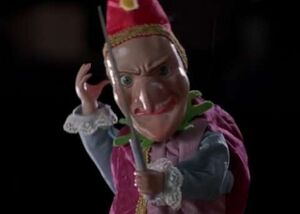 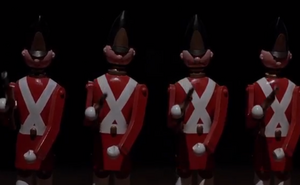 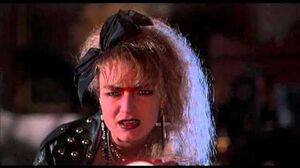 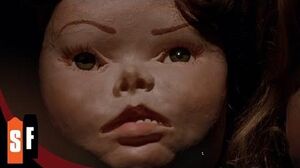 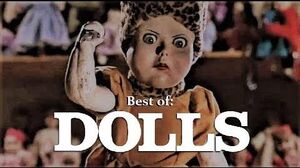 Best of- DOLLS
Community content is available under CC-BY-SA unless otherwise noted.
Advertisement